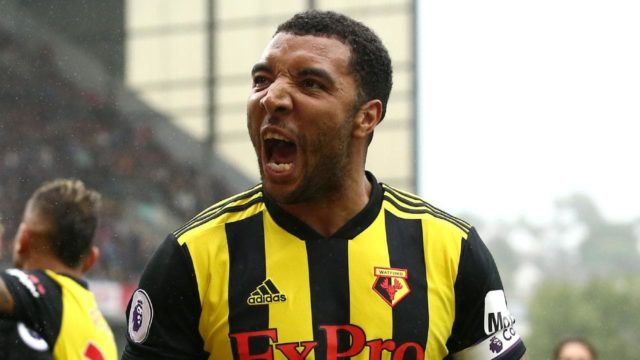 Watford entertain Arsenal in the Premier League on Monday and the hosts can claim a rare victory over one of the top six at Vicarage Road.

The Hornets are unbeaten in six at home and have won their last four in a row, but they do tend to struggle against the Premier League’s big guns.

Watford beat Spurs at Vicarage Road earlier in the season but since then have lost all four of their home games against the current top six.

This match provides Javi Gracia’s men with an excellent chance to grab a victory over a top-six team as Arsenal have been woeful on the road over the course of the latter half of the season.

The Gunners have picked up just two wins on the road since the end of November, at League One Blackpool in the FA Cup and at rock bottom Huddersfield, and Watford can condemn them to another loss as they bid to secure a ‘best of the rest’ seventh-place finish.

Deeney has two goals in his last two games and five in his last seven appearances, and at 7/1 looks a strong option to open the scoring against the Gunners.

The Hornets’ star is the kind of physical forward the Arsenal back line occasionally struggles against and is Watford’s penalty taker – so he should be a real threat when the two sides meet.

Arsenal may only have two wins in their last 12 on the road but goals haven’t necessarily been the problem as they have only failed to score in three of those games. Both teams have scored in seven of Watford’s last nine home games and we should see goals at both ends on Monday.