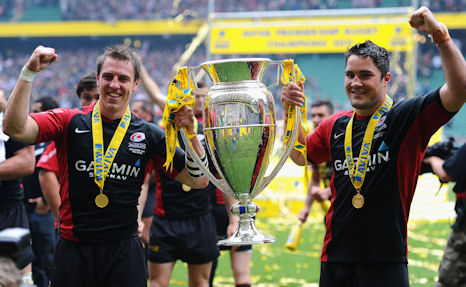 This weekend sees the start of the European Rugby Champions Cup, a competition that pits the continent’s best teams against each other and always produces fireworks.

Twenty teams start the tournament and will battle it out over the next seven months for the chance to lift the trophy at Bilbao’s magnificent San Mames stadium.

Reigning champions Saracens are currently the 2/1 favourites and for good reason, having won the competition for the last couple of years. A strong start to the domestic season bodes well and they will be keen to lay down a marker on Sunday at Northampton.

The French teams are likely to be their biggest threat, with the Gallic penchant for flopping on the road now seemingly a thing of the past. Eight European titles have been won by Top 14 sides and Toulon (11/2), Clermont (15/2) and Montpellier (11/1) will fancy themselves to go all the way.

And what of the other English clubs? Having won the Aviva Premiership last term, kicking on in Europe surely has to be the next step in Exeter’s (22/1) remarkable story.

However, it looks unlikely to be glory for past winners Wasps, Leicester and Bath as for all their quality, they seem to be lacking something when compared to the real big hitters.

The Irish teams could also be a threat, with both Leinster and Munster being among the former European champions on show. The Dubliners are 7/1 and look especially potent with Jonathan Sexton finding his form again, while the atmosphere at Thomond Park means Munster cannot be ignored at 12/1.

Finally, and those looking for value may choose exciting Glasgow at 70/1, while Ulster and the aforementioned Northampton are likely to cause upsets but fall short.