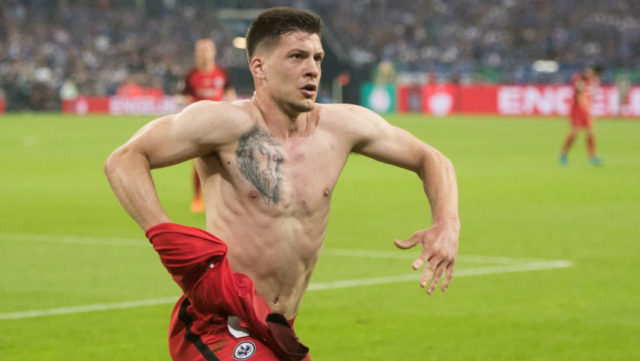 The first legs between Eintracht Frankfurt and Chelsea and Arsenal and Valencia are both tactically intriguing and should provide plenty of excitement in their own ways.

Eintracht Frankfurt’s run to the last four has seen them become a bit of favourite for the neutrals, losing just once this season in this competition.

After going 15 unbeaten in all competitions, Die Adler have emerged victories from just one of their last five but it is worth acknowledging they have lost only once on home soil to English opposition.

Chelsea head into Thursday’s fixture looking to set a new record for games unbeaten in this competition, currently sitting on 15 without defeat.

However, it might not be their night and Frankfurt are tough to look past on home turf.

Those who like entertainment may well get what they want from this game with the competition’s two top scorers involved, Frankfurt having netted 28 and Chelsea 30.

With Ante Rebic suspended, Luka Jovic will continue to lead the line for Eintracht. The Serb has scored eight times in the Europa League, a tally that is joint second to opposite number Olivier Giroud, who has 10.

Adding to that, the hosts have scored two or more in 20 of their last 23 Europa League games, while Chelsea have done the same in seven of their last eight so the goal and over/under markets look tough to ignore here.

A look at the other game suggests it will be a tighter affair between Arsenal and Valencia at the Emirates.

The Gunners reached this stage last season, losing out to eventual champions Atletico Madrid, something Los Che will hope is an omen.

Sunday’s defeat at Leicester means Arsenal come into this game on the back of three defeats in a row since their remarkable 1-0 win at Napoli in the quarters. However, keeping the Partenopei out over two legs suggests there is still some resistance left in this ailing team, especially with three-time Europa League winner Unai Emery in the dugout.

Valencia have themselves lost two in a row and with the pair looking so hard to split, both may accept a share of the spoils.

Anyone who has seen Valencia this season will know how well drilled they are under Marcelino, possessing the joint third-best defensive record in La Liga.

Arsenal though are a team who know where the goal is and have the third-best attack in England with 69 strikes. They have also scored two or more six times in the Europa League this season.

Something has to give but with so much at stake, a cagey game is likely and some punters may even fancy the 4/1 on a 1-1 draw.