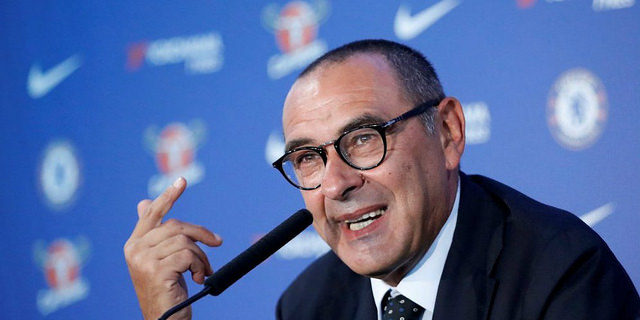 Manchester City and Chelsea lock horns at Wembley on Sunday afternoon for the first domestic silverware of the English season, the Carabao Cup.

Pep Guardiola’s side proved a cut above Arsenal a year ago, winning the final 3-0, and the Citizens are fancied to come out on top again.

City have beaten Chelsea in four of the previous six meetings without conceding on each occasion.

Blues fans won’t need reminding the most recent of those losses was the sorrowful 6-0 drubbing at the Etihad Stadium earlier this month.

Chelsea’s performance in that game was pitiful and, with wounds still open, it is hard to see how they can summon the powers of recovery against the same opponents a fortnight on.

Since then there has been another tame surrender, this time at home against Manchester United in the FA Cup, a game the Red Devils effectively had won after 45 minutes.

Overcoming an ordinary Malmo outfit in the Europa League on Thursday won’t paper over the cracks enough to make the Blues backable here.

The wide expanses of Wembley will suit City and they can outplay their rivals for a comfortable success.

Guardiola’s team will make a host of chances and, with Sergio Aguero in fine tune of late, they look likely to take a decent percentage of them.

They were not at their best in midweek but still scored three times in the Champions League game against Schalke. Indeed, City have scored three or more goals in four of their last five games.

The array of attacking talent, combined with a Chelsea rearguard that has become more of a liability the longer the season goes on, is a huge worry for Maurizio Sarri, with the Italian’s own future cast in doubt barely eight months into his west London reign.

Another hefty loss to Guardiola’s side could even spell a quick end to his Chelsea tenure.

With a couple of hat-tricks on his CV in the last month and 10 goals in seven games, Aguero is going to be a huge threat to Chelsea at Wembley.

He’s on a lethal run in front of goal and looks sure to have his share of attempts in this final.

The Argentine will likely have at least two of them on target and plenty will be tempted on the 16/5 that he can score two or more.

City have dominated this competition in recent seasons, having won three of the previous five finals, and they should be toasting more success on Sunday evening.

Could it be the beginning of an unprecedented quadruple for the Citizens?

It’s unlikely, but with Guardiola having won 10 of the 11 major finals he has contested as a manager, and Sarri without a major honour on his record, this looks to be City’s match to lose.