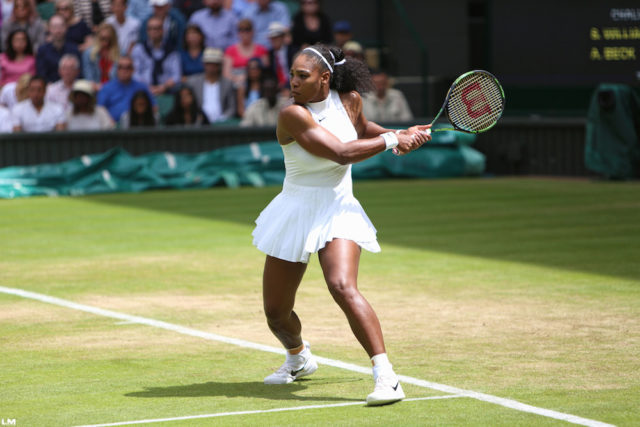 After working her way back from giving birth, Serena Williams can complete her comeback on Saturday with a Wimbledon final win over Angelique Kerber.

Another Centre Court triumph will see her equal Margaret Court’s record of 24 Grand Slam wins and she can rise to the occasion against the resurgent Kerber.

These two met in the final of this competition two years ago, with Williams coming out on top to avenge her defeat to the German at that season’s Australian Open.

Kerber won two Grand Slams in 2016 but dropped off last year before regaining her form this time around.

A semi-final in Melbourne was followed by a last eight showing at Roland Garros but it could be another case of her falling short again on Saturday.

Williams is a short price and it is no surprise with the progress she has made over the last fortnight.

Serena leads their career head-to-head 6-2 and all of her wins have come in straight sets.

So far she has lost just one set in London and looks really at home on the grass courts, after struggling in her previous three tournaments on her comeback.

Another 2-0 win is a good price and it would be no surprise if she completes her job without any fuss.

Serena Williams beat Julia Goerges 6-2 6-4 in the semi-finals and a number of games bet could be interesting.

Kerber is a step up from her fellow German Goerges and although she can push the American hard, another victory in routine fashion beckons.