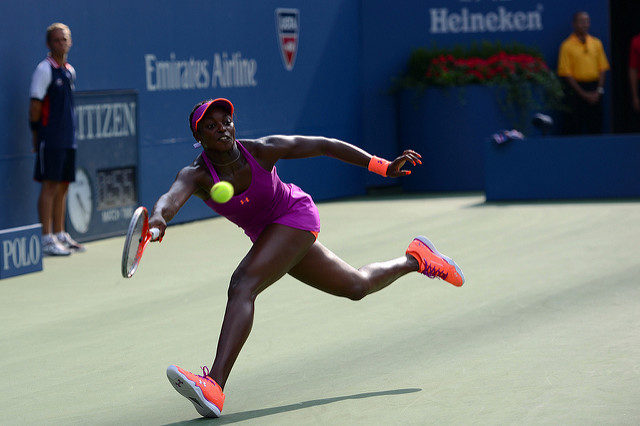 Sloane Stephens can bring a difficult 12 months to a perfect conclusion by beating Madison Keys in the US Open final.

Stephens was forced to withdraw from last year’s New York extravaganza because of an injury to her right foot and had to have surgery on the problem in January.

She did not return to action until Wimbledon, but suffered a first-round exit at SW19, and very little was expected of her at the final Grand Slam of the year.

Stephens is only 83rd in the world rankings, although she has been as high as 11th in the past, but won through to the first Grand Slam final of her career by beating Venus Williams in a fluctuating last-four clash at Arthur Ashe Stadium.

The fact that Keys will be Stephens’ opponent in Saturday’s final is another major surprise but the 22-year-old was far too good for CoCo Vandeweghe in the other all-American semi-final, easing to a 6-1 6-2 victory.

Stephens was two points from defeat against Williams but hit back to beat the 37-year-old seven-time major champion 6-1 0-6 7-5 and that determination can help her see off Keys’ challenge.

Stephens is 37/20 to win the final and 4/1 to triumph in straight sets. It could be an evenly matched encounter though with odds of 37/20 on there being a tie-break in the final good value.

Keys has also had her injury problems in the past and has been forced to endure two wrist operations during her career.

She is 10/21 to win the opening set in what is the first grand slam final to feature two American players since the 2002 US Open, when Serena Williams defeated Venus.