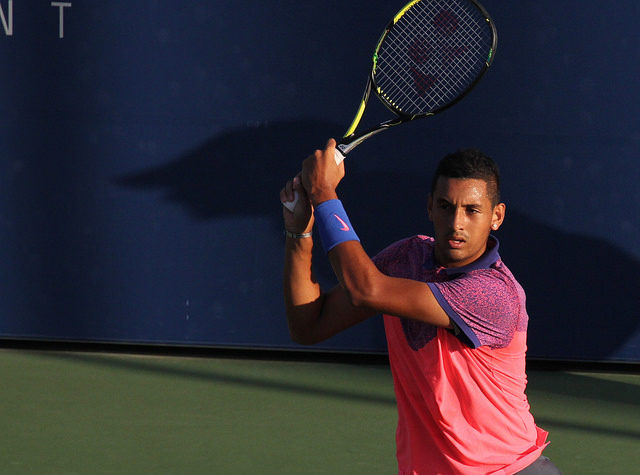 Nick Kyrgios can help Australia reach the Davis Cup final this weekend while France will be looking to Jo-Wilfred Tsonga to shine against Serbia.

Australia have not reached the Davis Cup final since 2003, when they beat Spain.
Kyrgios injured his shoulder in the first round of the recent US Open but is set to take part in the last-four clash against Belgium, who lost to Great Britain in the 2015 final.

Australia beat the United States in the quarter-finals and are 5/2 to win the Davis Cup outright. They will have to beat Belgium in Brussels, though, and that may not be easy as David Goffin and Steve Darcis were in fine form in their quarter-final triumph against Italy.

Australia will be without bad boy Bernard Tomic, so Jordan Thompson is set to feature in the singles while the doubles will see John Peers and Thanasi Kokkinakis in action.

Ruben Bemelmans and Joris De Loore will play in the doubles for Belgium, 13/2 to win the Davis Cup.

The other semi-final between France and Serbia will take place in Lille. France, 4/5 to win the Davis Cup, should be too good for a Serbia side that will be without the injured Novak Djokovic.

Gael Monfils is missing for the home team but they have strength in depth and can still call on the likes of Tsonga, Lucas Pouille, Nicholas Mahut, Benot Paire, Richard Gasquet and Gilles Simon.

France have not won the Davis Cup since 2001 when they defeated Australia although they have reached the final three times since, most recently in 2014 when they lost to Switzerland.

They should easily see off Serbia, 5/1 to win the Davis Cup, and reach yet another final.