Novak Djokovic has given up trying to win over the tennis-watching public and will begrudgingly take on the role of the villain when he faces off against all-time great Roger Federer in Sunday’s Wimbledon final.

The world No.1 has beaten the Swiss in their two previous SW19 deciders – so could it be third time lucky for Federer as he chases a 20th grass title?

Federer turns 38 at the start of August and will become the oldest man since Ken Rosewall in 1974 to contest a Grand Slam final after rolling back the years to see off Rafael Nadal in the semi-finals.

The eight-time Wimbledon champion was at his peerless best as he exercised some of the demons from 2008 in the eagerly-anticipated last-four encounter. But he will need to match that level of play against Djokovic, who has had the beating of Federer recently.

The head-to-head between two of the most dominant players to ever grace men’s tennis currently stands at 25-22 in favour of Djokovic, who has won the last four meetings between the pair.

The Serb has also won the last three Grand Slam final meetings against Federer and is the 10/19 favourite to emerge victorious again after securing the easier route through.

The five-time All England Club men’s champion is looking to become the first man over 30 to defend the Wimbledon title in the Open era and has made ominous progress through to this stage.

Djokovic had a little wobble in his semi-final win over Roberto Bautista Agut as he dropped the second set but quickly put that behind him to wrap up the match.

That was his toughest test of the championships so far, meaning he could arrive in the final a little undercooked for what will be his 25th Grand Slam showpiece.

Federer has talked about the “stars being aligned” at Wimbledon this year and, as the only man to have won over 100 matches at SW19, getting behind the living legend to produce another vintage performance represents value for money.

Four of the last five matches between Djokovic and Federer have gone four sets, with the other match in that sequence going the distance, making a straight-sets win for either man unlikely.

With Federer having dropped a set in his last two matches, he’s unlikely to keep Djokovic off the board completely. 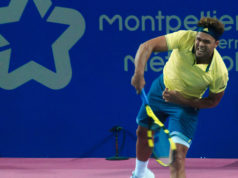