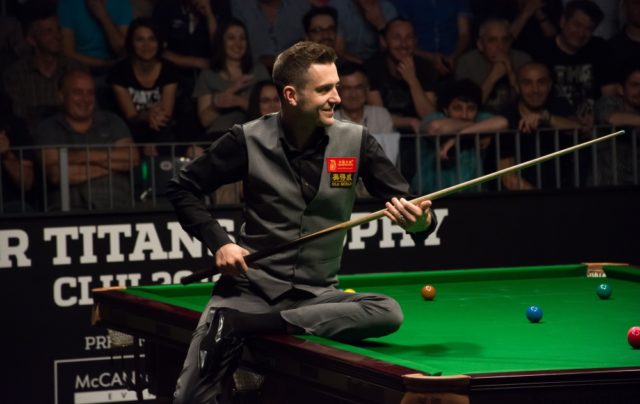 Mark Selby is bidding to become the first man to win three successive World Championship titles since Stephen Hendry and the world number one arrives in Sheffield in good form.

Selby has won three of the last four editions of snooker’s top tournament and he warmed up for The Crucible by taking the China Open title.

That success in Beijing marked the end of a tough period for the Jester from Leicester as he had managed just one semi-final appearance in a ranking event since claiming the International Championship back in September, while he also fell in the first round of The Masters.

Selby is arguably the man to beat in Sheffield but he has been placed on what appears to be the toughest side of the draw, with Masters winner Mark Allen his likely opponent in the second round.

Should the 34-year-old reach the quarter-finals he could face either Kyren Wilson or Shaun Murphy, while former champions John Higgins, Stuart Bingham and world number four Judd Trump are all potential semi-final opponents.

Ronnie O’Sullivan is the pre-tournament favourite and he has been in excellent form this year with five ranking event wins, taking his career total to 33.

However, The Rocket has admitted he now struggles to retain his concentration in the long matches at the World Championship and he has not progressed beyond the last eight since losing the 2014 final to Selby.

O’Sullivan, widely regarded as the most naturally talented player in the history of the sport, should not be discounted and the five-time champion is on what appears to be the easier side of the draw – but there may be more value in looking a bit further down the betting for this year’s winner.

Chinese star Ding Junhui could be a shrewd option given his strong showings in the showpiece tournament in recent years. The world number three reached the last four in 2017 after his debut final in the previous campaign – and he has what looks to be a very favourable run to the semi-finals if he can find his form.

The Star of the East will come up against either a qualifier or 14th seed Anthony McGill in the second round, with Ding boasting a 3-0 winning record against the Scot in the head to head.

Either Barry Hawkins or Marco Fu will probably lie in wait in the quarters and Ding leads the latter in their head-to-head, while he is level at 7-7 with Hawkins.

Neil Robertson, the 2010 winner, may also have a chance after a return to form of late and a rise back up the rankings. However, the Australian former world number one could come up against O’Sullivan in the last eight and he has only managed eight wins in 22 meetings with the 42-year-old star.

Trump can triumph in Sheffield