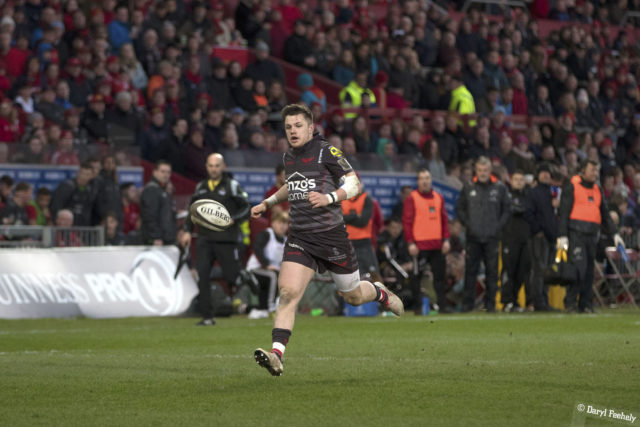 After the excitement of the Six Nations, we are into the real business end of the European Champions Cup now with four thrilling quarter-finals on the agenda this weekend.

Both topped their pools and are seen as potential dark horses for the trophy due to the presence of the continent’s big guns. Scarlets are the reigning Pro14 champions, while Stade topped the Top 14 last year before crashing out in the semi-finals.

Home advantage should count though, although it is likely to be tight, and a win for Wayne Pivac’s men with a -5.5 handicap at 20/23 could be the answer.

Saturday’s action comes from across the Irish Sea where the iconic Thomond Park hosts Munster against Toulon.

Both are past winners of this competition and are plugging along nicely. While there is a feeling that Munster are starting to rediscover the extra edge that saw them lift the trophy in both 2006 and 2008, Toulon are arguably in transition following three straight wins between 2013 and 2015.

This is likely to be another cagey affair but with a number of the home players buoyed by Ireland’s Grand Slam win, it could be a 13th semi-final for the home team, with Munster 31/20 to win by between 1 and 10 points.

Sunday’s earlier game is an all-French encounter between the beaten finalists from the last two years, Clermont and Racing 92.

Les Jaunards won 23-21 when the pair met at the Stade Marcel Michelin earlier in the season and another chess match awaits.

Racing triumphed 58-6 when the pair met in January and with Dan Carter set to return, I fancy them to cause an upset at an incredibly tempting 19/10.

Finally to arguably the tie of the round as Leinster host champions Saracens.

After a golden era in and around the start of the decade, the Dubliners have been less potent in recent seasons. However, they will relish the chance to play in front of a packed crowd at the Aviva.

Like Munster, a number of their players will be flying after Ireland’s Grand Slam win and they will be further buoyed by the potential absence of Sarries’ playmaker Owen Farrell.

Saracens have won this competition in each of the last two years and have a happy knack of raising their levels for games of this magnitude.

It could be a classic in Dublin but Leinster should have enough and the home win by 1-10 at 37/20 looks a likely outcome.