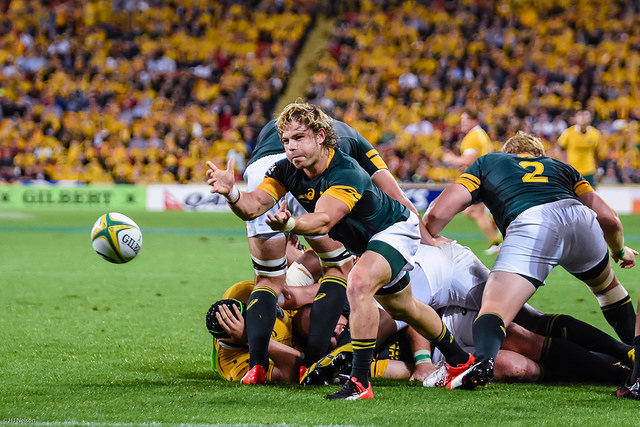 South African rugby is slowly emerging from the ashes of a disastrous 2016 and the Boks head to Perth looking to demonstrate they are the real deal against Australia.

To say South Africa experienced a dip after the 2015 World Cup would be an understatement but they are finally starting to be rewarded for sticking with coach Allister Coetzee’s methods.

Five straight wins, including a clean sweep in the summer series against France and two convincing triumphs over Argentina in the first two rounds of the Rugby Championship, have certainly boosted morale, but Saturday’s clash in Perth presents a step-up in quality.

South Africa have lost on seven of their last eight trips to Australia with home advantage often key in this fixture.

The Boks are 21/20 to pick up a rare win Down Under and that is the preferred choice for this clash with the visitors being able to name largely the same team that won in Argentina.

Ross Cronje is fit again following an ankle injury and returns to the team, while lock Pieter-Steph du Toit is also drafted in for Franco Mostert.

The South African pack should have the edge on an Australian side set on playing expansive rugby, with the Wallabies defence having been called in to question in the first two matches of the Rugby Championship.

Having conceded 50 points at home to the All Blacks in round one, Michael Cheika’s men nearly got a rare win in New Zealand, only to throw it away late on.

They make four changes from the narrow loss in Dunedin, Sekope Kepu and Tatafu Polota-Nau coming in to the front row, while Reece Hodge replaces the injured Dane Haylett-Petty on the wing.

Australia’s improved showing in New Zealand shouldn’t hold too much water given how badly the All Blacks played but still won, and they should come unstuck against the Boks, who are 21/10 to triumph by 1-10 points.

Given how quickly they came out of the blocks against New Zealand, Australia to score first at 5/6 is one for those keen to get a bet on the Wallabies.