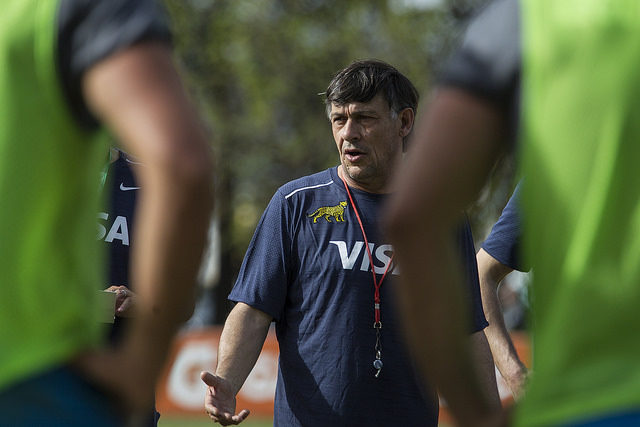 The final game of this year’s Rugby Championship sees Argentina go for a rare win in the tournament when Australia visit South America.

Saturday’s game is to be played in Mendoza, a city whose Estadio Malvinas appears to have become the home of Argentinian rugby.

It has been another puzzling campaign for the Pumas, with moments of brilliance being matched by the familiar feeling that their lack of consistency means they are just a level below their fellow southern hemisphere giants.

There’s also more discipline in a kindergarten than there is in this team, an issue that has plagued Argentina for decades.

Like many before vintages before them, Daniel Hourcade’s men have a habit of pushing opponents hard, including the All Blacks, only to shoot themselves in the foot.

But they do have an excellent pack and that’s where they can hit the Aussies. The tighter they keep the game, the better chance they will have of securing only their fourth win since joining the tournament in 2012.

Australia were left frustrated by a second straight draw against South Africa last week and will be hoping to end a fairly mixed campaign with a flourish.

Last month’s comfortable 45-20 win in Canberra will give them confidence and they know that throwing the ball around can pay dividends against the Pumas.

It’s tough to know what will come from this game and the South Americans will undoubtedly have been targeting this fixture.

However, the Wallabies seem to be getting themselves together and an away win by 11-20 points at 33/10 might just be the answer.