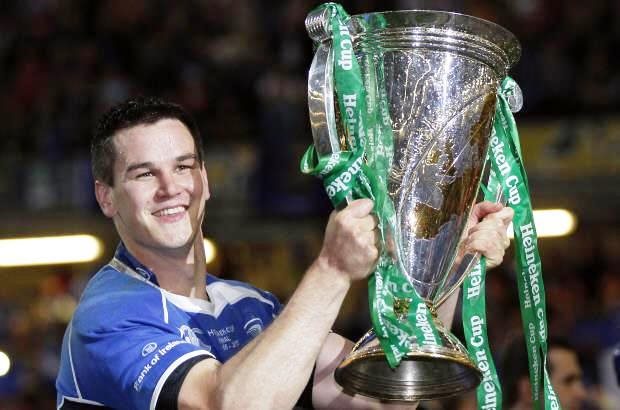 The cream of English and Irish rugby meet on Saturday when Leinster take on Saracens in the European Champions Cup final at Newcastle United’s St James’ Park. These two sides have dominated club rugby’s top competition over the last three years, Leinster edging out Racing 92 last year to clinch the trophy for a fourth time.

Two-time champions Sarries now want their crown back now but could come up short in what will be a smash-mouth clash on Saturday evening.

The Irish province have won 16 of their last 17 games in the European Champions Cup, their only loss coming by a single point to Toulouse in the pool stages. Revenge was sweet for Leo Cullen’s men though as they downed the French outfit to punch their ticket for Newcastle.

They now face a Saracens side who saw their dreams of a European hat-trick ended by Leinster last season when going down to a 30-19 defeat in Dublin. That was the English giants’ third loss in three meetings with Leinster.

Mark McCall’s men have already taken care of Irish opposition in this year’s competition, impressively manhandling Ulster in the semi-final. That extended Saracens winning run to eight matches and this squad knows what it take to get across the line in a final, winning the European title in 2016 and 2017, while edging the Premiership Grand Final showpiece in three out of the last four years.

This game will be won and lost on the gain line and it will be an extremely physical encounter, Sarries bringing in giant lock Will Skelton for the contest, while Mako Vunipola has been cleared to play following an ankle issue.

It is very tough to split these two teams with both having powerful packs and free-flowing back rows, all mastered by two great fly-halves in Owen Farrell and Jonathan Sexton. However, Leinster look to have a slight edge in the majority of those departments, even with Sexton not at the top of his game.

With hardly anything to separate the two teams, it stands to reason it will be a tight final. The weather could make tries hard to come by as well with a wet afternoon forecast, meaning the boots of Sexton and Farrell will be more crucial than usual.

Both teams have gone over 32 times in the European Champions Cup, averaging four tries per game, but could struggle to maintain that average with both defences so tight. It should, therefore, be a nail biter for all those watching as Leinster look to make it back-to-back Champions Cup for the second time in their history.