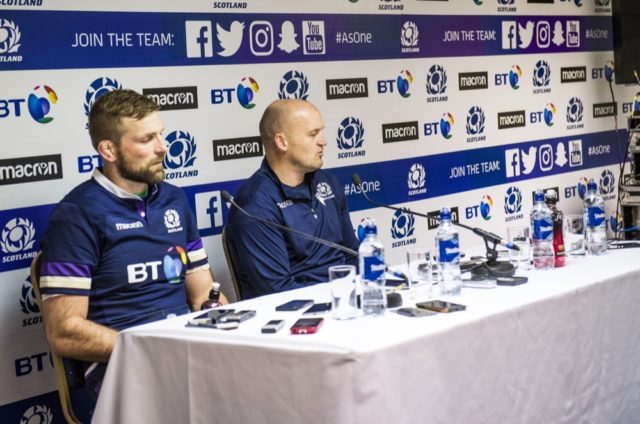 Wales make the trip north to Edinburgh on Saturday looking to take the next step in their 2019 Six Nations Grand Slam quest.

After their thrilling victory over England, confidence in the camp will be high that they can take apart a Scotland team missing several key players.

However, Murrayfield is not an easy place to play these days and the Welsh will need to raise their game from previous away efforts if they are to stay on track.

It is no surprise to see Warren Gatland, who has a perfect record of 10 wins from 10 matches against the Scot, stick with largely the same team that secured a thrilling 21-13 win over England.

It was by far Wales’ best performance in the Six Nations to date, having squeezed past France and Italy on the road previously. Another win on Saturday would see them stretch their winning run to 13 matches, but Scotland are no pushovers.

Scotland have lost their last two matches and remain without some key players, including Stuart Hogg and Sean Maitland, but aren’t often turned over on home soil easily, with their last three defeats at Murrayfield coming by less than 10 points.

The return of fly-half Finn Russell from concussion is a major boost to Gregor Townsend’s plans and his attacking flair will put a stout Welsh defence to the test on what will be a wet afternoon in Edinburgh.

England will still be smarting from their loss in Cardiff and Italy could bear the brunt of any backlash from Eddie Jones’ men. Before being stifled by Wales, the Red Rose had looked deadly with ball in hand, racking up bonus-point wins over Ireland and France.

Italy have, not surprisingly, lost three out of three in this year’s Six Nations, extending their losing run to 20 matches in the competition.

They are yet to get a hiding from anyone, though, and led for a period against Ireland, but could now be on the wrong end of a mauling at Twickenham.

Despite being out of sorts, Ireland remain in the hunt to retain their Six Nations crown, but they’ll need a bonus-point win to boost their hopes of setting up a final-day showdown with Wales.

The Irish should have too much for a France side that have lost their last nine away matches.

France got back to winning ways against Scotland last time out and Jacques Brunel has stuck with the same squad that won that game.

Les Bleus looked much better against the Scots than in their opening two matches, with Antoine Dupont pulling the strings nicely at scrum-half.

The French will hope to make it an attritional affair in Dublin and drag Ireland into a scrap, but are still likely to go down.