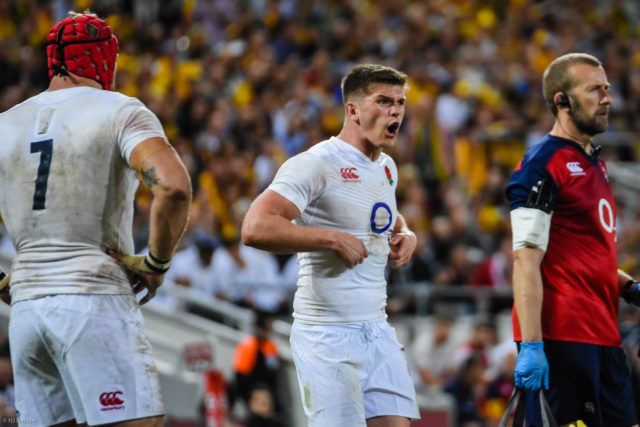 The Cook Cup highlights what promises to be a thrilling final day of the Autumn internationals and England should have too much for Australia at Twickenham.

The Red Rose have had a decent but almost beguiling November series, battling past South Africa, losing narrowly to New Zealand and just about doing enough against Japan.

Eddie Jones will pick his best available XV to face his home nation and has already dismissed talk of injuries, illness and stories of disharmony coming from the Wallaby camp.

Australia lost to Wales before winning in France and will be looking for their first victory in five games against England.

The Red Rose have won seven of the last eight meetings, the odd one out being the World Cup pool game in 2015, and three of their last four success have come by 16 points or more.

Despite their fitness woes, the home side should have far too much.

Up in Edinburgh, Scotland look set out to entertain when Argentina come to town.

Gregor Townsend has seen his side lose to Wales and South Africa, but beat Fiji in a 54-17 thriller, and the coach has named Finn Russell at inside centre, outside precocious number 10 Adam Hastings, suggesting he wants his side to throw the ball around.

The Pumas are playing what will be the last game of a long season for the majority of their players and arrive at Murrayfield on the back of defeats to Ireland and France.

Argentina have not won in Edinburgh since 2009 and it was Toonie’s side who won 44-15 when the pair met in Resistencia in the summer.

A similar scoreline could be on offer, with Scotland appearing to have too much pace for their talented but tired visitors.

Finally to Cardiff where South Africa will look to end Wales’ hopes of an autumn clean sweep.

The Boks lost at Twickenham but have scraped past both France and Scotland in recent weeks, with Handre Pollard’s right boot the main instigator behind their victories.

Warren Gatland will hope his side’s narrow win over Australia is a sign of things to come and they have won four of the last five meetings between the nations.

He, like Jones, switched things up last week against Tonga but will bring back more of his first-choice players, with Dan Biggar likely to start at 10 for his goal-kicking due to Leigh Halfpenny being out with a concussion.

This will be a titanic tussle but the Springbok pack is developing a real edge and could make the difference in what is sure to be an intriguing tactical encounter.