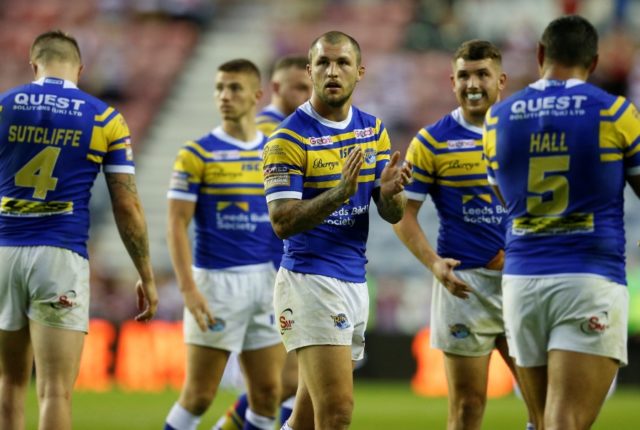 After a defeat to rivals St Helens in their Super League opener, Wigan Warriors have a good chance to get their first win of the season in another grudge match against the Leeds Rhinos.

The Warriors will look to learn from their disappointing second-half display at Langtree Park as they return to the familiar surroundings of the DW Stadium on Friday night.

New head coach Adrian Lam is trying to implement his own style and structure on the team but it does not look like they are too far away from clicking.

Leeds Rhinos head across the Pennines once again after their comprehensive defeat at Warrington Wolves in Week 1.

Defence was clearly an issue for David Furner’s side and they would have preferred to be back at Headingley this week but again it is another tough trip away.

Wigan should have enough on home soil to get the job done and pick up their first Super League points of the season.

St Helens will be full of confidence after the win over the Warriors as they prepare to make the trip to Wakefield on Sunday.

Trinity had an opening weekend to forget as they leaked 42 points away at newly-promoted London Broncos and things could not get much tougher for a first home game.

Head coach Justin Holbrook’s side will start to find their rhythm pretty quickly and it could well be a long afternoon for Wakefield.