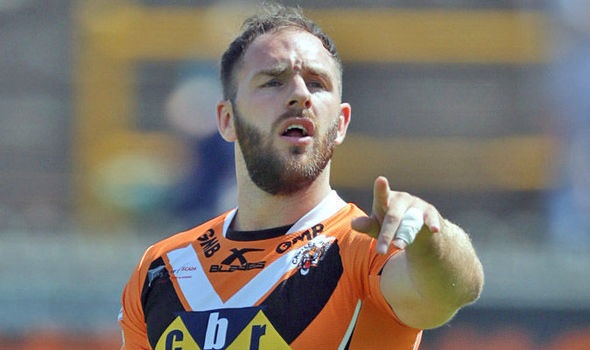 Castleford Tigers have been the team to watch in the Super League this season but they face a tough test when they welcome St Helens to the Mend-A-Hose Jungle.

Thursday’s clash is the first of the two play-off semi-finals and will decide which is the first team to be confirmed for the Grand Final at Old Trafford next month.

Castleford are waiting nervously to find out if scrum-half Luke Gale will be fit for the encounter as he recovers from an appendix operation.

If the 29-year-old does make it back in time it will be a massive boost for head coach Daryl Powell and his side.

However St Helens, who are 8/5 to secure the win, have been there and got numerous t-shirts when it comes to reaching Grand Finals and they might just have enough once again to edge this one.

Saints secured a 26-12 victory on their last trip to Castleford last month and it might be another scalp for the Merseysiders come Thursday night.

On Friday Leeds Rhinos, another side more than familiar with the well-trodden route to the Grand Final, will host Yorkshire rivals Hull FC at Headingley.

Brian McDermott’s side are looking to send Danny McGuire and Rob Burrow out on a high with both players leaving the club at the end of the season.

When Leeds last won the Grand Final in 2015 they were bidding farewell to legends Kevin Sinfield, Jamie Peacock and Kylie Leuluai.

With Burrow and McGuire on their way out this time around, the Rhinos might just have a bit too much about them to be denied another Grand Final and are available at 10/13 to take care of business against the Airlie Birds on Friday night.