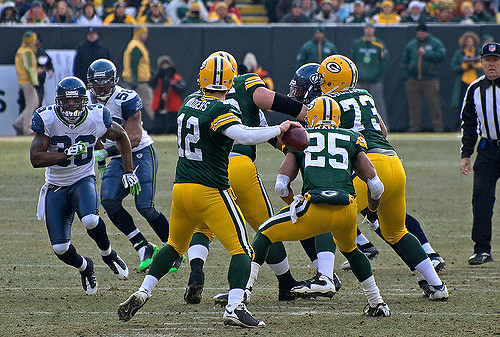 The banged-up Minnesota Vikings will hope their defence can step up and keep Aaron Rodgers quiet when they attempt to derail the Green Bay express on Sunday.

The Packers lead the NFC North standings at 4-1, but perhaps it should be just Rodgers’ name atop the standings given his performances this season.

The Green Bay QB led another late game-winning driving in Dallas last week and it will be tough to stop him doing something similar this week.

However, the Vikings’ defence is playing tough right now, as it has to with the offence hit hard by injuries, the latest being quarter-back Sam Bradford, who failed to finish the win over Chicago on Monday and could be replaced by Case Keenum.

The meetings between these two divisional rivals are usual very tight, the last three being settled by a field goal, and with that in mind I’m taking the Vikings at 27/20 to cause an upset.

Elsewhere, the Houston Texans at 50/57 look a solid shout to cover the spread (-9.5) when they face the winless Cleveland Browns.

Texans rookie QB DeShaun Watson has been on fire since being given the starting role and has thrown for nine touchdowns in the last two games.

Although the Houston defence has been hit by the loss of JJ Watt, they are boosted by the Browns swapping one hapless quarterback for another in Kevin Hogan, and the Texans should ease away from Cleveland on the scoreboard.

Jacksonville will be looking to prove they are the real deal when they face the LA Rams, the Jags having shocked the NFL community with their 30-9 win at Pittsburgh last week, but are yet to show any consistency.

No one expected these two teams to be leading their respective divisions at this stage and this is a chance for one side to lay down a marker.

The Rams have impressed although they came unstuck against a good defence last week. The Jaguars have the third best defence in the league and are 5/7 to make it back-to-back wins.

Finally, the New York Jets have played tough this season and currently have a 3-2 record as a result, the same as this week’s opponents, the New England Patriots. However, the Pats are far superior to their AFC East rivals and can cover a -9 point spread at 10/11.