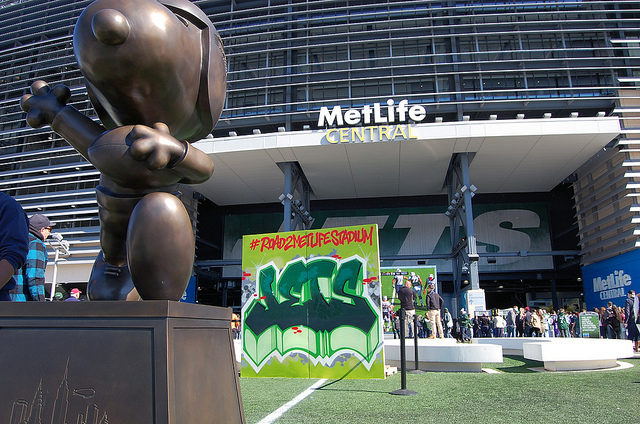 Saturday night football makes a welcome return this week as the Houston Texans travel to New York to face the Jets. The Texans saw their nine-game winning streak ended by divisional rivals Indianapolis Colts last time out, so they need a win to keep their noses in front in the AFC South.

Last week was a bizarre one in the NFL, with the Texans losing and the three lowest-ranked teams in the league all winning, one of those being the Jets, who scraped by the Buffalo Bills.

Rookie quarterback Sam Darnold made a welcome return in Buffalo but will have his hands full avoiding the Houston pass rushers. Darnold has thrown 15 interceptions this season, more than any other quarterback, and is likely to be under pressure all evening up against the fifth-ranked defence in the NFL.

Houston have allowed less than 20 points a game on average ,so should shut down a struggling Jets offense. The Texans are 5-2 against the spread in their last seven games and should get the job done by a comfortable margin.

Like the Jets, the San Francisco 49ers got a rare win last week after they surprisingly took care of the Denver Broncos. The Broncos appeared to underestimate the 3-10 Niners, but don’t expect divisional rivals Seattle to do the same.

The Seahawks have got hot at just the right time, winning their last four matches, a run that includes a 43-16 thrashing of San Fran back in Washington. Seattle have won four of the last five on the road and should roll through the Bay Area en route to a wildcard spot.

The Chicago Bears pulled off one of the results of the season last week after getting the better of the LA Rams at home, so will swagger back to Solider Field to face NFC North adversaries Green Bay.

It was nice to see Packers quarterback Aaron Rodgers playing with a smile on his face again last week in the win over Atlanta, the Wisconsin franchise’s first game since head coach Mike McCarthy got the boot.

Green Bay have struggled on the road this year, losing six out of six, but normally show up against the Bears, winning nine out of the last 10 encounters.

Chicago will be relying on their defence to get it done again against Green Bay, with quarterback Mitchell Trubisky still to convince. It is unlikely the defence can have back-to-back shut out games, especially against the mercurial Rodgers, so expect the Packers to keep this one tight.