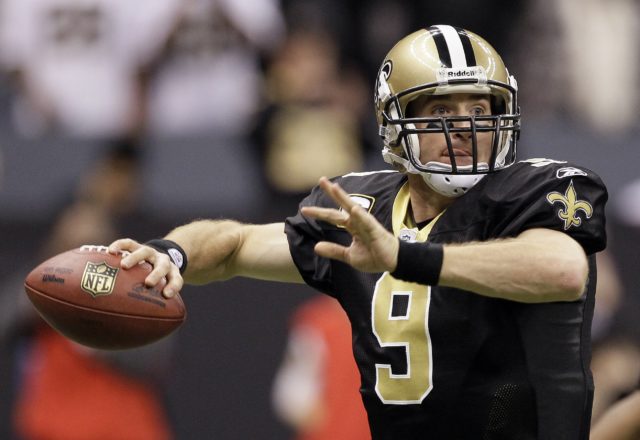 Miami and New Orleans will hope they do not lay an egg, Baltimore-style, when they take to the field at Wembley on Sunday.

The first International Series game of the year provided one of the biggest shocks of the season so far as Jacksonville demolished the Ravens 44-7 last week.

Unlike the Ravens, both of this week’s teams do have experience of playing in London, the Saints beating the Chargers in 2008, while the Dolphins have crossed the pond three times previously, producing one win and two defeats.

Having confidently backed Baltimore, it is tough to get whole-heartedly behind the favourites once again, despite the 4/7 Saints having impressed last time out at Carolina to move to 1-2 on the year.

New Orleans have endured a tough opening to the season, away at the Minnesota Vikings before facing New England on home soil, but they took care of business against their NFC rivals, the Panthers, to put them back on track heading to London.

Drew Brees was at his best, throwing for three touchdowns in the 34-13 win, and the Saints QB has still to suffer an interception this season.

As usual, it is the defence that is letting Sean Peyton’s men down but they could be in for an easier ride against a struggling Dolphins offence on Sunday.

Having lost first-choice quarter-back Ryan Tannehill for the year during the off-season, Miami are relying on Jay Cutler, and the former Chicago Bear has looked nervous in his first two outings.

He took a cautious approach to the 19-17 win over the LA Chargers before enduring a tough day at the office in the shock 20-6 loss to the New York Jets, while star running back Jay Ajayi had a day to forget as well.

Miami did not score until the fourth quarter against the lowly Jets and under 50 points at 10/11 could be a solid bet if Cutler struggles again.

Another shock Wembley win is 29/20, while the Dolphins are 50/51 to cover the spread with a plus-3 handicap.

The Saints have won the last two meetings between the teams, scoring 38 and 46 points in the process, and therefore the 5/6 on offer for them to cover the spread is the pick for this weekend.