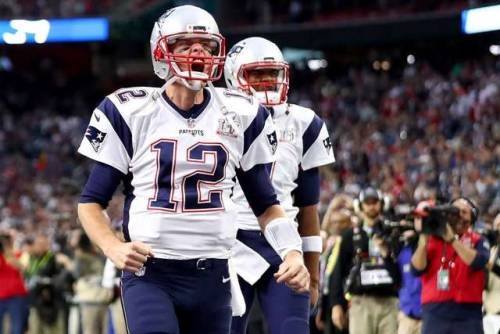 Stop me if you have read this before. The New England Patriots are 1/2 favourites to win the Super Bowl this weekend.

You have read that before? Well that isn’t surprising because should they triumph in Minnesota on Sunday then the Patriots will have won three of the last four Vince Lombardi trophies. So Philadelphia Eagles, can you do all the non-Pats fans a favour and prevent us from having to see Tom Brady celebrate once more?

The Eagles look to have the defence capable of stopping Brady and co but that was said about Jacksonville in the AFC Championship game before No.12 went up a gear in the fourth quarter to take them apart.

With the exception of the New York Giants in 2008 and 2011, Brady has overcome any obstacle put before him in Super Bowls, meaning he has one very bling-heavy hand having collected five winners’ rings. In fact, Brady’s seven Super Bowl outings matches the number of appearances the entire Eagles squad have made in the season-finale.

So often Super Bowl previews are billed as quarter-back v quarter-back and if that were the case then you might not give the Eagles much of a chance. Since replacing injured starter Carson Wentz, Nick Foles has had to play out of his skin to see Philly to the Super Bowl, having the game of his life in the NFC Championship win over the Minnesota Vikings.

He has shown areas of weaknesses as well though and the Eagles’ offensive line is going to have to play very well to protect and give him the opportunity to win this game.

The Patriots defence has come on a lot since their ropey start to the season though, allowing the fewest points per game from Week Five onwards. Part of that is down to time of possession on offence but the defence has been making plenty of plays as well.

Should Foles falter then the Eagles have a strong ground game to fall back on, although Bill Belichick will do all he can to take that away from them to make their stand-in quarter-back have to beat them.

It is easy to make an argument for either team. The Patriots have the experience and Brady, while the Eagles look a better side man-for-man and have that awesome defence.

The Eagles are the 33/20 underdogs though, as they have been throughout the play-offs, something head coach Doug Pederson has done well to use as a motivational tool. The ‘them against us’ thinking will mean this game is tight as the Eagles scrap and claw their way through but that still doesn’t give me enough confidence to take them at the money-line price.

Instead, I believe they can cover the +4.5 spread at 25/28 because even if they do go down to defeat, it will not be by much.