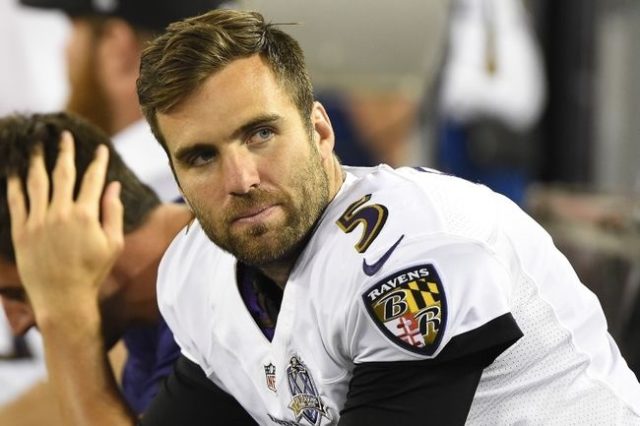 The Baltimore Ravens will look to move to 3-0 on the season when they make their International Series debut on Sunday against London veterans, the Jacksonville Jaguars.

The Ravens flew under the radar during the pre-season, mainly due to the absence quarter-back Joe Flacco, but appear to be serious AFC contenders after their strong start.

John Harbaugh’s men shut out divisional rivals the Cincinnati Bengals in Week 1 before a 24-10 win over another AFC North adversary, the Cleveland Browns, in Week Two.

Pittsburgh were expected to run away with the AFC North this season but at 9/4 the Ravens are certainly a viable alternative.

Baltimore are not pretty to watch, taking a ground and pound approach when they have the ball with the defence the real star of the show.

The Ravens defence leads the league in takeaways and will be licking their lips studying film of Jags quarter-back Blake Bortles in the build-up to this game.

Jacksonville’s strength is also the defensive line, which leads the NFL in sacks having amassed 11 so far, although the majority of those came in the demolition job of Houston in Week One.

That win over the Texans was a false dawn for the men from Florida though after Tennessee put a hurting on them at home last week, the Titans winning 37-17.

The obvious flaw in the Jags is Bortles. He threw two interceptions against the Titans, taking his career tally to 53 in four years.

The AFC South outfit do at least have a run game now that they can lean on in the form of this year’s first round draft pick Leonard Fournette, who already has two touchdowns to his name and is 6/5 to get in the end zone at anytime on Sunday.

This will be the Jags fifth appearance at Wembley and that might help to level the playing field, Jacksonville having won on their last two appearances in London, with a third successive win 8/5.

Ultimately though the Ravens should prove too strong, as reflected in their price of 10/19 on the money line to win the match.

Given the way the Jags crumbled last week, Baltimore at 10/11 to cover the -3.5 spread should also appeal.