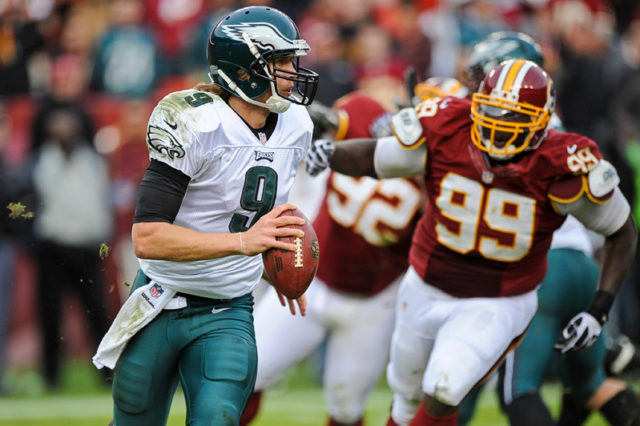 The new NFL season gets under way with a major bang when the reigning Super Bowl champion Philadelphia Eagles host the Atlanta Falcons.

The game on Thursday evening should be a meeting of the last two NFL champions, but the Falcons saw victory in Super Bowl LI snatched away from them right at the death by the New England Patriots.

The Eagles managed to go all the way last term, despite losing star quarterback Carson Wentz along the way to a serious knee injury, with Nick Foles stepping in to fill the gap in style.

However, he has been struggling for form in pre-season and any issues in the Eagles line are likely to be exploited by the Falcons and their explosive offense, spearheaded by quarterback Matt Ryan and his talented team of receivers.

On Sunday the Baltimore Ravens will be confident of making a winning start against a Buffalo Bills side not expected to repeat their run to the play-offs of last season.

The Ravens have completed a third consecutive undefeated pre-season campaign, this time the record reading an impressive 5-0 and they should have far too much for a Bills line-up who are gambling that rookie quarterback Josh Allen steps up to the plate.

The US Bank Stadium in Minneapolis plays host to an intriguing contest, when the Minnesota Vikings welcome in the San Francisco 49ers.

The Vikings are much fancied to be one of the leading contenders for the NFC Championship, especially having recruited quarterback Kirk Cousins in a mega-money deal.

He will go head-to-head with Jimmy Garoppolo, whose form last season raised hopes of a return to the big-time for the 49ers, with San Francisco facing a huge test of their mettle in their opening game.