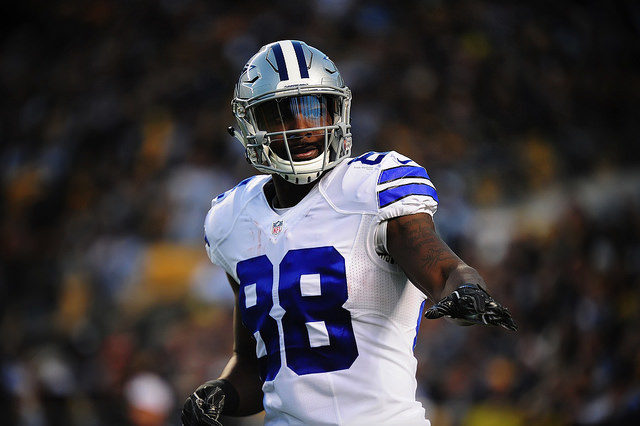 The Dallas Cowboys are building a head of steam after three successive wins and at 5/4 look a good price to come out on top in Atlanta on Sunday.

The situation regarding Ezekiel Elliott’s availability rumbles on and without him it will certainly be much tougher for Dallas although in the win over Kansas City Chiefs they demonstrated the other weapons in their arsenal.

Wide-out trio Terrence Williams, Dez Byrant and Cole Beasley all made notable contributions and can cover, up to a point, for Elliott if is banned.

The Falcons show no sign of shaking off their Super Bowl hangover, losing four of the last five, but continue to put up points on a regular basis, averaging 21.2 this season.

The Cowboys’ defence will therefore need to have another big day as they did against the Chiefs last Sunday, but still look overpriced for this one while they are 10/11 with a +2.5 handicap on the spread.

Meanwhile, backing against the Cincinnati Bengals proved a profitable choice last week and they are taken to lose again to another AFC South outfit this Sunday when they travel to Tennessee Titans.

The Bengals only put up seven points last week at Jacksonville and now have the worst-ranked offence in the league while the Titans are on a three-game winning streak.

Despite having lost the last three to Cincinnati, Tennessee are taken at 10/11 with a -5 handicap to come out on top.

Another attractive option on the spread this week is the New Orleans Saints at 10/11 to cover a -2.5 spread at the Buffalo Bills.

The Saints have outscored their last six opponents by at least eight points during their winning streak and, having won at Green Bay recently, should not be too badly affected by the Buffalo weather.

Finally, the New England Patriots will be flying high on Sunday night when they travel to Denver.

The Broncos’ season has come off the rails, losing their last four, and they were hammered by the Philadelphia Eagles last week.

Coming off their bye week, the Pats should have way too much fire power for a Denver defence spending too much time on the field due to their poor offence.

The Pats have lost on two of their last three visits to Mile High but they are taken at 10/11 on the spread at -7.5.