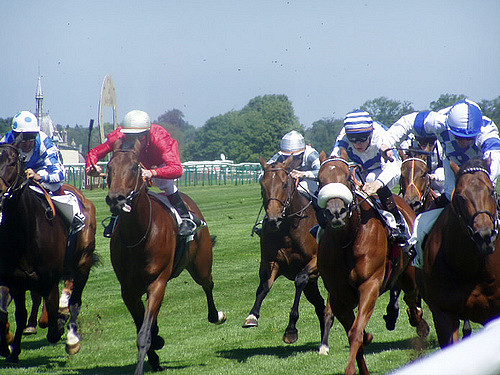 Aidan O’Brien is considering a plot to unleash his star filly Winter on the Prix de l’Arc de Triomphe at Chantilly, where she would stare down the brilliant Enable.

John Gosden’s Enable has been hot favourite (1/1) for the Arc ever since she won the King George And Queen Elizabeth Stakes at Ascot in July.

She’s since added the Yorkshire Oaks, showing tactical versatility from the front to do so.

O’Brien, who won his second Arc last year with Found, could launch as many as four contenders at Chantilly in his bid to topple Enable.

St Leger winner Capri is in the mix at 14/1, along with Highland Reel and Order Of St George, second and third in the race a year ago, and both currently 11/1 in the Arc betting.

It is the potential presence of Winter (14/1 – To win), however, that is the curveball from Ballydoyle in the field.

The daughter of Galileo was beaten by Hydrangea in the Matron Stakes at Leopardstown this month, ending a run of four straight Group 1 wins at up to one-mile-and-two furlongs.

O’Brien feels there is every chance she will stay another two furlongs and says he was content with her most recent run, given she’d missed some time after winning the Nassau Stakes at Goodwood.

“The Arc is definitely something we’re thinking about for Winter. I’m not saying it’s definite she’ll run in it but it’s certainly possible and under strong consideration,” said the Ballydoyle supremo.

“She needed to run at Leopardstown that weekend so she would have a chance of running at Chantilly. She missed seven or eight days after Goodwood,” he added.

“When you miss time at that stage of the season, it can set you back. To be honest, I was delighted with the way she ran at Leopardstown and she’ll come on for that.”

He added: “The trip is obviously something of an unknown in the Arc and you couldn’t be sure she would stay. There’s speed on her dam’s side but we all know the stamina that Galileo inputs, so it’s possible she will.”