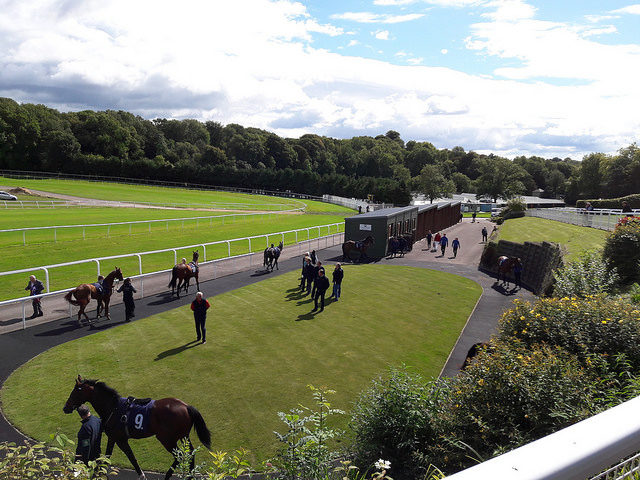 The Nigel Twiston-Davies-trained Wholestone is fancied for a winning reappearance in the Silver Trophy Handicap Hurdle (16:05) at Chepstow on Saturday.

The Naunton handler won the race a year ago with Ballyoptic and confidence from his yard appears to be strong that Wholestone can now repeat the dose.

Jockey Daryl Jacob gave Wholestone a good talking-up in his weekend column and everything appears to be set fair for one of last season’s leading staying novice hurdlers.

Progressive throughout last term, Wholestone ended his season by finishing third in the Grade 1 Albert Bartlett over three miles at the Cheltenham Festival in March.

Jacob admits confidence was high before that race, but also revealed the six-year-old had sustained a minor injury in the run, something that makes his effort stick out perhaps more than was the case on the day.

The two-and-a-half-mile trip and softish ground won’t be a problem at Chepstow and at odds of 4/1, Wholestone is the one they’ll all have to beat, having won first time out in each of his two campaigns so far.

Earlier on the card at the Welsh track there is the exciting prospect of seeing the Colin Tizzard-trained Finian’s Oscar jump fences for the first time in public in the Listed Novices’ Chase (15:05) over two-and-a-half miles although the odds on Bryan Cooper’s mount will be cramped.

This weekend brings a nice mixture of Flat and jumps racing as the seasons briefly intertwine before the National Hunt stars take centre stage in a few weeks.

Newmarket stages Future Champions Day on Saturday and Sir Michael Stoute’s Expert Eye is expected to justify his billing as 4/7 favourite for the Darley Dewhurst Stakes over seven furlongs. The ante-post favourite for the 2000 Guineas next spring, Andrea Atzeni’s mount should have too many guns for his rivals.

Before that his owner Prince Khalid Abdullah can see his colours carried to glory in the Group 3 Masar Godolphin Autumn Stakes (14:25) by Purser, currently 7/2.

John Gosden’s colt won a Newbury maiden on debut before counting bad luck in running amongst the reasons for a below-par effort at this level in the Solario Stakes at Sandown.

He was back on track next time out on Lingfield’s all-weather, wining easily, and can make his previous experience count now stepping up to a mile under Frankie Dettori.

A mammoth field of 35 will go to post for the iconic Cesarewitch (15:40), the 2m2f handicap that spans two counties and which routinely proves a punting nightmare. While caution is advised, odds of 18/1 seem fair about the Noel Meade-trained Snow Falcon.

The Presenting gelding was second in the Irish Cesarewitch at Navan last time out and should relish the extra two furlongs here.

Paul Hanagan has been booked to ride and should be able to steer Snow Falcon into a position to challenge for the £155k first prize when the field turn to charge up the Rowley Mile.