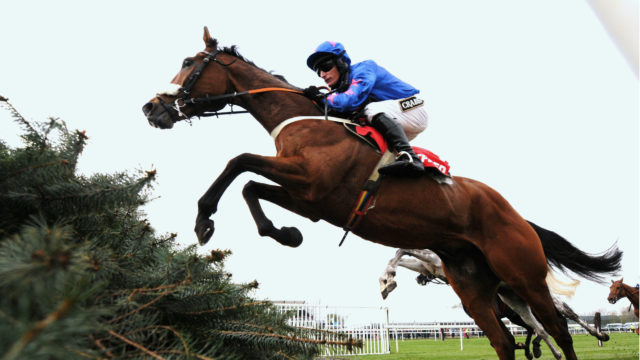 Roger Varian’s Defoe has had the look of a progressive colt this season, winning all three starts to date, and he gets the chance to further enhance his reputation at Newbury on Saturday.

Defoe (2/1) is the market leader for the Group 3 Geoffrey Freer Stakes (14:25) where he’ll be attempting to build on his recent Listed success at Hamilton Park.

He’s already won over ten-furlongs at Newbury this season and, with his trainer having come here instead of opting for York’s big meeting in midweek, Andrea Atzeni’s mount is fancied to extend his winning run. The extra distance shouldn’t be a problem and there some question marks over his main rival.

On the betting, that appears to the Charlie Appleby runner Frontiersman (9/4). He chased home Highland Reel in the Coronation Cup at Royal, an impressive effort, but hung badly as he did. The same trait was evident since at Newmarket where Frontiersman was simply outbattled by stablemate Hawkbill and, on that evidence, Defoe might have his measure here.

The feature on the Newbury card is the Group 2 Hungerford Stakes (15:35) where Breton Rock will be attempting to follow up his shock 50/1 triumph in the Sussex Stakes at Goodwood last month. He’s 6/1 to do so, but it will come as a surprise should he pull it off.

Librisa Breeze experienced the nuances of Goodwood in that Sussex Stakes, failing to get racing room at a crucial stage and seeing his chance ended quickly as a result. Dean Ivory’s gelding is a consistent performer and is rated 5/2 to land this pot, but there is a lurking suspicion that Ascot is his best track and he might be worth taking on as such.

The filly Nathra was runner-up in the French 2,000 Guineas last season and showed up well on her reappearance at Ascot recently. John Gosden’s charge was sent off favourite then over a mile but was perfectly entitled to need the run after 308 days off. She ran a fine race in the circumstances and might be under the radar here at 10/1 as an each-way proposition.

Earlier at Newbury, James Tate’s Hey Gaman (15/8) appeals as a likely scorer in the Listed Denford Stakes over 7f. He put a July Stakes no-show firmly behind him when coasting away to win over 6f on soft ground at Newmarket three weeks ago and sets the standard here to land a touch in the hands of Martin Harley.