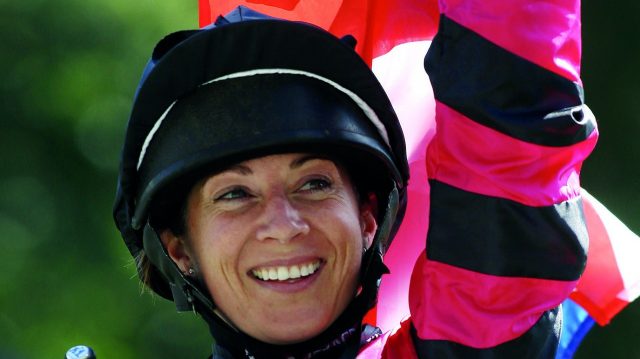 The Shergar Cup returns at Ascot on Saturday afternoon in what promises to be another fascinating renewal of the showpiece event.

The Rest Of The World team return in a bid to land back-to-back renewals after their narrow success in the event last year. Team Captain Andrie De Vries has a good book of rides and he will be hoping he can seal a team win with his mount in the finale, who appears to have a favourite’s chance.

The John Gosden trained Nobly Born looked a little unlucky at Newmarket last time out and he’s allowed to run off the same handicap mark here; he’s one who will enjoy conditions more than most.

However, it’s Hayley Turner who has made all the headlines coming into the contest. The Group 1 winner recently announced she will be returning to racing this winter, to be predominately based in France where she will be allowed to claim 3lb under the new allowance system for female jockeys.

The best of her rides on Saturday would appear to be Mukhayyam who arrives here bidding to make it a hat-trick after wins at York and Ripon. The gelding will enjoy conditions here and a 5lb rise for his latest facile win looks particularly lenient.

Josephine Gordon is the absentee allowing the spot for Turner. Her relationship as retained rider for Hugo Palmer means she will be riding Jousi at Newmarket in the Group 3, Sweet Solera Stakes. The rest of the Girls team is made up of 2015 Shergar Cup winning captain Emma-Jayne Wilson and Melbourne Cup winning jockey Michelle Payne.