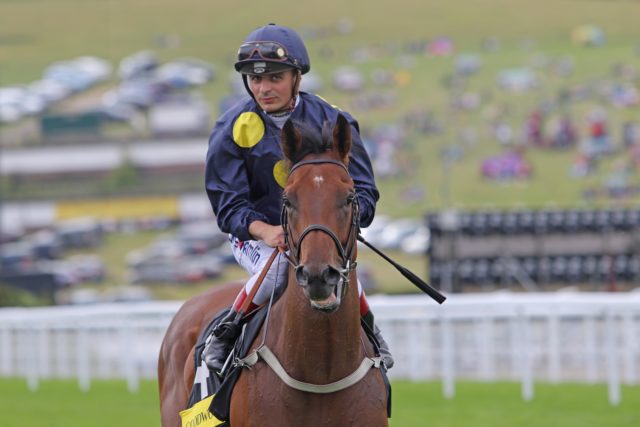 Our weekend racing preview is here and we’ve got some Jaega to spice things up, no, not that kind of Jaega…

This Jaega is a nicely-bred filly trained by Dermot Weld that really caught the eye when making a winning start with an easy maiden win at Gowran Park last month.

The daughter of Fastnet Rock did things with the absolute minimum of fuss that day and the form already looks decent as the third home, Magic Wand, was a ready winner of the Cheshire Oaks at Chester in the week.

Weld doesn’t tilt at windmills, so his decision to opt for the Group 3 Blue Wind Stakes at the Curragh on Saturday (16:30) is worth paying attention to.

Jaega faces a few more Ballydoyle representatives now, with Bye Bye Baby and Clear Skies in opposition, but she’s got lots of untapped potential and is fancied for the win at odds of 2/1.

Out second Saturday tip also comes from the Curragh, where Kyllang Rock is capable of taking the Listed Sole Power Sprint (15:20) for British trainer James Tate.

The four-year-old returned to action with an impressive win at Musselburgh in March and that form got a nice boost last weekend at Newmarket when the runner-up Alpha Delphini was a close third in the Group 3 Palace House Stakes.

Kyllang Rock could have more progress in him this season and he can showcase that with a Curragh success at odds of 2/1 for a trainer that has landed three winners from his previous nine runners.

At Ascot, the Victoria Cup (16:00) is going to prove a tough puzzle to solve but I like the course form of Raising Sand and believe he’s overpriced at 20/1 in the betting.

He has twice won over the mile at Ascot and finished within two lengths in two very valuable handicaps last autumn over this 7f trip.

This race is tough, of course, but Dougie Costello has a nice draw in stall 16 and can elect to follow whichever side he fancies with ease. Given he’s only 2lb higher than that C&D for last term, Raising Sand is worth an each-way play now.

It’s already been a good week for trainer William Haggas and he can team up with Ryan Moore to win the Chartwell Fillies’ Stakes at Lingfield (15:40) on Saturday with 3/1 shout One Master.

The filly was overlooked in the betting on her third appearance last season as she won an Ascot Listed race in good style, making it two wins from three starts as a juvenile when she did.

The Haggas team are in super order right and the return of Moore in the plate is a big bonus for this season bow. One Master is fancied to ascend the ranks this season and she can get off to the perfect start now.