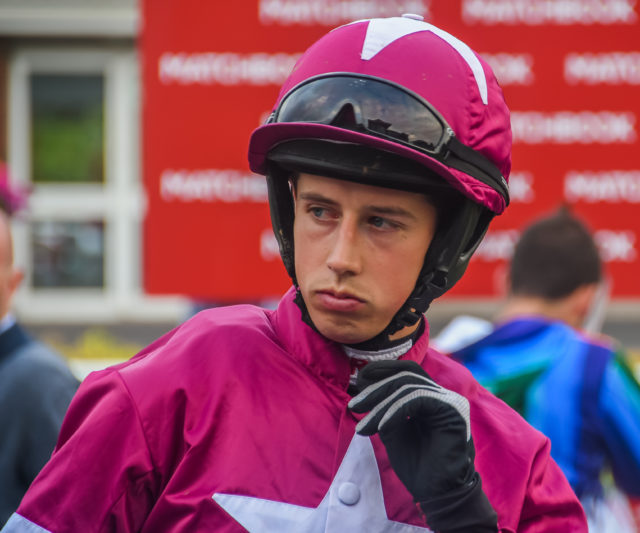 Leading trainer Colin Tizzard has welcomed the news that Bryan Cooper has been signed up to partner the horses of owner Alan Potts in Britain this season.

The Irishman, who steered Don Cossack to win the Cheltenham Gold Cup in 2016, was axed as retained rider for Michael O’Leary’s Gigginstown House Stud this summer.

Cooper has found opportunities limited in his native land in the months since and there has been growing speculation he would seek to increase his profile in Britain to get his career back on track.

Cooper has been across the Irish Sea in recent weeks to ride horses either owned or part-owned by Andrew Brooks and he has now secured an alliance to ride the talented string of horses in Potts’ ownership.

Many of those are housed at Colin Tizzard’s base in Dorset and the trainer is happy with the new arrangement.

Tizzard has also revealed that Robbie Power, who rode a Grade One treble for his yard in the Potts silks at Aintree in the spring, is set to retain his association with the owner’s horses in Ireland.

“Bryan Cooper is going to ride the Alan Potts-owned horses in Britain and Robbie Power will ride the ones trained in Ireland. Bryan is a very good rider and Alan wanted continuity,” said the trainer. “Bryan is a top-class rider and we are happy to have him on board.”

That means Power will continue to partner Sizing John, on whom he landed the Cheltenham Gold Cup for Potts and trainer Jessica Harrington last season.

Sizing John is 11/2 to retain the Blue Ribband at Cheltenham in the spring.

Cooper could have his first high-profile mount this weekend as Finian’s Oscar is set to start his novice chasing campaign at Chepstow on Saturday.

A Grade One winner over hurdles last term, the five-year-old is the 17/2 favourite to win the JLT Novices’ Chase at Cheltenham in March.

The 25-year-old is delighted with his new role and is looking forward to being at Tizzard’s Dorset base on Thursday to hear more about plans for Finian’s Oscar this weekend.

“I’m definitely looking forward to it and it’s a great opportunity. They (Potts and Tizzard) have some fantastic horses,” Cooper told PA Sport.

“I haven’t spoken to Colin or anybody, but I’ll be in there (Tizzard’s yard) on Thursday morning and I imagine I’ll know a bit more then. It’s fantastic. I can’t believe it to be honest.”