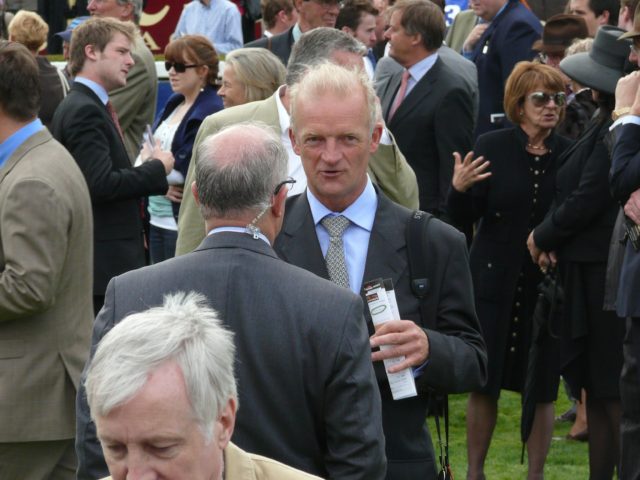 Mark Johnston gained his first success at Lingfield’s All-Weather Finals Day on Good Friday and the in-form trainer can hit the target again at Musselburgh on Saturday.

We’ve got selections right across the Bank Holiday Weekend.

This Lethal Force colt has been improving with his racing and made it third time lucky when getting off the mark at Lingfield over a mile on the all-weather in February. It was a decisive success and both the runner-up and fourth home have given the form a boost since.

The Johnston yard are in really good form right now, with a 23% strike rate of late and Joe Fanning’s mount is expected to take another step forward now striding out in a handicap for the first time.

He’s got the talent to defy his opening mark and get Johnston and Fanning on the board up in Scotland, with the trainer operating at a 27% strike rate with his Musselburgh runners over the previous 12 months.

Willie Mullins (pictured) fires two of the five runners in this Ryanair Gold Cup Novice Chase, with Real Steel favoured over Voix Du Reve. The latter hasn’t managed to get around on his previous two starts and didn’t jump with any fluency at Cheltenham last month.

Real Steel was well held in that JLT Novices’ Chase but finds a much less taxing Grade One to aim for here. His jumping had previously impressed and this small-field affair really should suit Paul Townend’s mount.

The danger is Mengli Khan for Gordon Elliott but he’s without a win since his chasing debut back in November and might be vulnerable.

The Easter Monday showpiece comes up at Fairyhouse as the Irish Grand National takes centre stage. The leading duo of Mullins and Elliott are mob-handed, accounting for more than half of the field, but it’s a thankless task trying to weigh up their contenders.

Noel Meade’s Tout Est Permis is the progressive contender, unbeaten in three runs for this stable and far from forlorn here despite top-weight but a lively outsider may be Auvergnat.

Enda Bolger’s charge had plenty in hand when winning a big handicap at Leopardstown over Christmas and is fairly treated off a mark of 143 now, with 5lb claimed from his back to boot.

A poor run in the Cross Country at Cheltenham is overlooked readily and he’s more than capable of bouncing back here, with Any Second Now and Dounikos having boosted his Leopardstown win nicely.