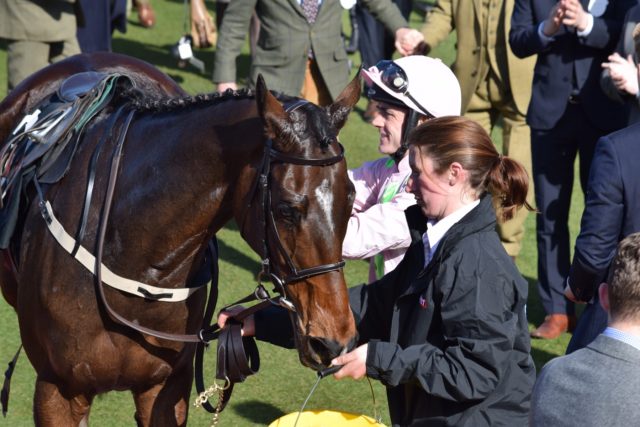 Owner Rich Ricci has revealed that were doubts about Douvan last season before his odds-on failure in the Queen Mother Champion Chase at Cheltenham in March.

The Willie Mullins-trained seven-year-old shed his unbeaten record in the two-mile championship contest and subsequently missed the remainder of the season.

Despite having won his previous three starts last term with a minimum of fuss, including an eight-length defeat of subsequent Cheltenham Gold Cup winner Sizing John at Leopardstown, Ricci feels something just was not right with Douvan all through the campaign.

He is now back in training at Mullins’ base in Closutton and his owner hopes that he can rediscover his brilliant best.

“Something was clearly bothering Douvan for most of last year and he wasn’t quite himself,” said Ricci.

“No-one was entirely happy with him the whole time despite him putting in some pretty good performances. He just wasn’t showing that bullying style on the gallops, in his races.

“Of course it came to light at Cheltenham that he just wasn’t right, it was his hip, but he seems to be back in his pomp. It would be great to have him back to what he was.”

Douvan is 3/1 to win the Queen Mother Champion Chase at Cheltenham this season and Ricci is content for now to campaign him over two miles.

“I’m not sure if we want to step him up in trip – I really don’t know,” he added to Racing UK.

“We know how good he is at two miles. I’ve always thought he might step up. We’ll have to see how all the pieces fit together at the yard with our own string and some others as well.”