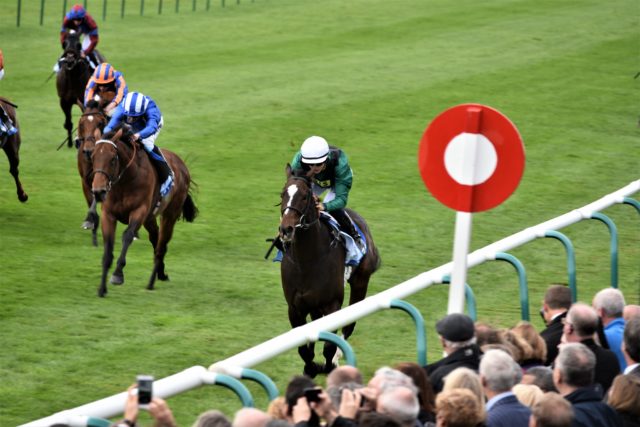 The Lockinge Stakes comes up on Saturday afternoon, a key early season test for the milers and it could see former speedster Limato upped in distance for the new season.

Henry Candy’s six-year-old is a dual Group 1 winning sprinter, including the July Cup in 2016. He came up shy in that race last summer, though finished a very admirable second to the best sprinter in the land, Harry Angel.

That was in truth the story for Limato for much of 2017, running very good races in strong company and ultimately coming up just short. He ended the term with a fine victory in a Newmarket Group 2 over seven-furlongs.

He’s yet to try his hand over a mile in his career and is the favourite to win the Lockinge in the current ante-post betting. No qualms admitting it, I’ve been a paid up member of the Limato fan club for some time, but it is hard to justify taking that price on him in these circumstances over a trip that is alien, for now.

Luckily, his presence at the top of the market before the final declarations come in might help us get a smidge of value elsewhere in the Newbury feature.

It might be worth taking a chance on the rapidly improving Addeybb for in-form trainer William Haggas. The Newmarket handler has confirmed the Lockinge is very much the target for a horse that has won both starts this season in really impressive fashion.

Addeybb justified really strong market support when hosing up in the Lincoln at Doncaster, turning the normally ultra-competitive handicap into a procession, looking every inch a Group-race performer as he did. That suspicion was backed up as he won the bet365 Mile at Sandown with just as much up his sleeve next time out.

That Group 2 win proved Addeybb is still on the up and he fully merits this tilt at an elite-race victory. He might just be value at his current odds.

Dutch Connection 16/1 each-way for the Lockinge

Godolphin have landed this race four times in five years and it has become a contest that the boys in blue have targeted. As such, it has got to be noted that Dutch Connection is the only Godolphin-owned contender left amongst the five-day declarations.

On his day, he might just have a chance and he’s trading at an each-way price. In the last two years, he’s won Group 2 and Group 3 races, both over seven-furlongs on good or good-to-firm ground.

With some doubts over those at the front end, Dutch Connection looks overpriced for Charlie Hills, who has enjoyed some early season gains already. The six-year-old has gone close in a French Group 1 over the mile trip, so he’ll stay and could nick some place money in the Lockinge.