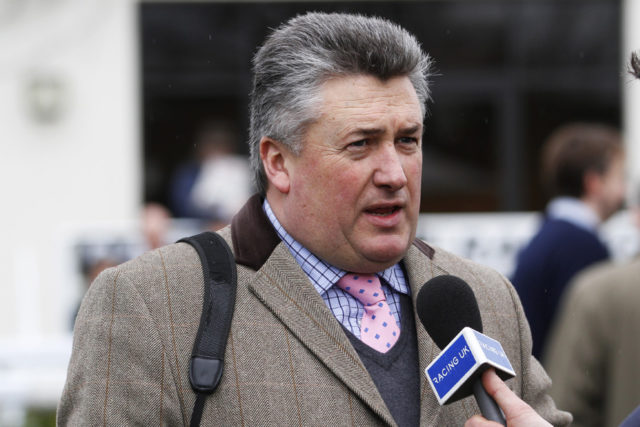 Might Bite has a wrong to right when he lines up in the King George VI Chase at Kempton Park on Boxing Day and is fancied to do just that.

The Nicky Henderson-trained runner was in the process of routing the field in the Kauto Star Novices’ Chase over the course and distance 12 months ago when he crashed out at the final fence.

Daryl Jacob was in the plate on that occasion and he would surely play things differently given his time over, having really asked Might Bite up going to the last obstacle.

Since then the eight-year-old has won all four starts teamed up with Nico de Boinville, a pair of Grade 1 novice contests at Cheltenham and Aintree back in the spring amongst them.

His RSA Chase win in the Cotswolds lives on in the memory after he idled on the run-in and appeared to grab defeat from certain victory, only to rally again and nail stablemate Whisper on the line.

There have been no signs of that quirk again since and his reappearance win at Sandown was boosted when runner-up Frodon ran a stormer at Ascot on Saturday.

The 11/8 favourite, Might Bite has the tools to win a third King George for champion trainer Henderson and avenge his luckless trip to Kempton from last Christmas.

Leopardstown get their Christmas Festival underway on Boxing Day as well and the Grade One Racing Post Novices’ Chase looks a cracker.

Footpad, fourth in the Champion Hurdle last season, made a fine start over fences for trainer Willie Mullins at Navan and will be expected to make more progress now.

He is likely be an odds-on favourite but it would be folly to write off 7/4 chance Death Duty for Gordon Elliott and Gigginstown House.

The trainer appears to harbour regrets having sent Death Duty over three-miles at Cheltenham last season and he now feels the horse is showing plenty speed.

Davy Russell’s mount can make it three from three over fences by showing the touch of class he possesses.

Back at Kempton, Harry Fry can land the opening Novices’ Hurdle with If The Cap Fits, who beat a subsequent wide-margin winner in good style at Bangor on his debut over timber last month.

Noel Fehily’s mount was a decent performer in bumpers last season but he already appears destined for better things jumping hurdles and can improve again to justify odds of 7/4 and fend off Nicky Henderson’s Diese Des Bieffes.