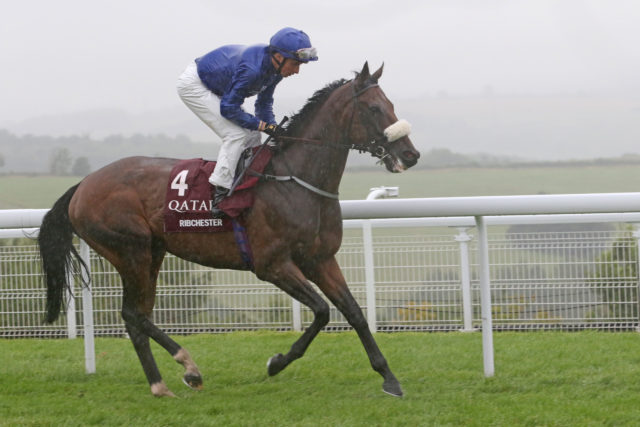 Trainer Owen Burrows is keen on the notion of giving Massaat another crack at Ribchester in next month’s Queen Elizabeth II Stakes at Ascot on British Champions Day.

The lightly-raced Teofilo colt is attempting to get his career back on track following a rough time with injuries.

Massaat was second to Galileo Gold in last year’s 2,000 Guineas at Newmarket but has managed just four starts since.

He returned to action last month when impressively landing the Group Two Hungerford Stakes at Newbury over seven-furlongs on the back of a 373-day layoff.

On Sunday, Massaat was in France where he put up a creditable effort finishing third behind Ribchester in the Prix du Moulin at Chantilly.

The four-year-old is now 14/1 to land the QEII at Ascot next month and that is a race Burrows would like to target.

Ribchester also seems likely to appear there, but Burrows feels there are reasons to suspect his charge can close the four and a quarter length gap on Richard Fahey’s outstanding miler.

“He ran a solid enough race against the best older miler around,” said the trainer.

“Jim (Crowley, jockey) said Ascot would suit him better and both Angus (Gold, racing manager) and Sheikh Hamdan (owner) are keen to go for the QEII on Champions Day.

“He’s also in the Prix de la Foret but judging by what I saw on Sunday, that won’t suit him.”

Ribchester is the 11/4 ante-post favourite to win the QEII at Ascot on October 21, while Aidan O’Brien’s filly Winter is 13/2 after her defeat at Leopardstown over the weekend.

Burrows feels he might be able to get a top-level success from Massaat if he stays in training next season.

He added: “I hope he stays in training next year, he’s lightly raced and has been placed in two Group Ones.