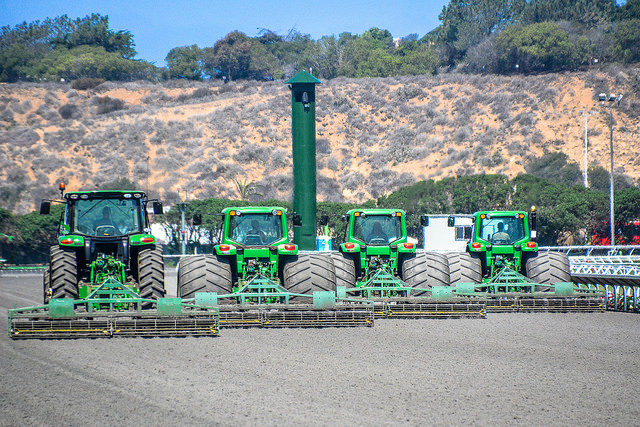 For many UK and Irish punters Breeders’ Cup weekend is a rare opportunity to take a sustained, and financial, interest in US racing.

The two-day extravaganza is fittingly dubbed the World Championships of thoroughbred racing by the Breeders’ Cup powers that be and, with no less than 11 top-level contests, the event has very strong pulling power.

Factoring in the various formlines from around the world can be testing but, as a rule, European hopes tend to fair best in the turf races.

Here are two European challengers that can hopefully line punters’ pockets as well as one American superstar that can make the most of her bid for redemption.

Aidan O’Brien secured his world record tally of Group 1 winners last week at Doncaster but were he headed to Del Mar still chasing it, this fellow would be one of the more appealing contenders.

Highland Reel won this race last year and has suffered something of an interrupted campaign in 2017 due to unseasonably wet weather at times. A renowned globetrotter, he’ll have had this target in mind for most of the year and looks ready to justify odds of 9/4.

Ryan Moore takes the mount and with no questions of the 1m4f trip, it’s worth keeping in mind just how good Highland Reel was at Epsom and Ascot in early summer on quick ground. He hasn’t had that since but ran a fine race in the Champions Stakes at Ascot recently and looks primed to show his class back at the Breeders’ Cup.

Richard Fahey’s outstanding miler Ribchester will bring down the curtain on his racing career at Del Mar before heading off to the breeding shed in 2018. Like Highland Reel, the ground has sometimes got in his way this term although he still amassed three Group 1 victories.

Going around the turn at Del Mar is a mild concern, as is a wider draw than ideal, but if William Buick can attain a decent position then Ribchester could prove much too good.

He was gunned down late on by the filly Persuasive at Ascot on British Champions Day, with the soft ground and early pace perhaps not helping. That Fahey is taking the horse to America bodes well and on similar ground to that on which he looked irrepressible at Royal Ascot this summer, Ribchester is fancied to sign off with Breeders’ Cup Turf victory at odds of 10/3.

Who will ever forget Frankie Dettori’s salute to the York crowd as Lady Aurelia and Marsha flashed past the winning post in the Nunthorpe this summer? Of course, Dettori was misled in his belief that Wesley Ward’s star filly had won on the Knavesmire, with Marsha diving to glory for Sir Mark Prescott and Luke Morris.

It was galling stuff for the Italian along with supporters of this precocious daughter of Scat Daddy. On reflection, Lady Aurelia was in front everywhere bar where it mattered most that afternoon.

Back on firm ground and with a ‘home game’ feel, Ward’s filly is expected to make amends and justify 1/1 favouritism by scooping the Breeders’ Cup Turf Sprint prize money and showing her majestic turn of foot to the world.