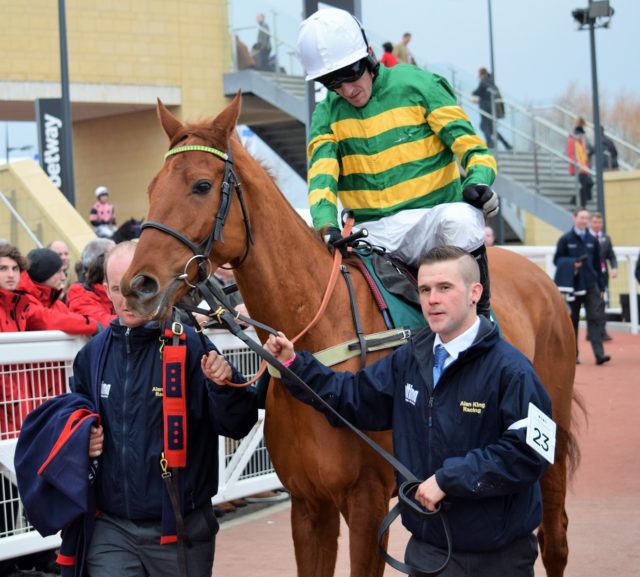 Alan King admits to a mixture of both excitement and apprehension as he gets set to send Yanworth over fences for the first time at Exeter.

Yanworth was sent off favourite for the Champion Hurdle at Cheltenham in March but could finish no better than seventh as trainer Nicky Henderson took the prize with Buveur D’air.

He was stepped up in trip at Aintree the following month and rewarded King with victory in the Grade One Ryanair Stayers Liverpool Hurdle over three miles.

King knows it is a big day as the seven-year-old embarks on the next phase of his career.

“I am excited about the prospect of launching him over fences, but I would be lying if I wasn’t a bit apprehensive as you want things to go well,” said the Barbury Castle handler.

“This race has been in the back of our minds for some time. His preparation has gone well and he is ready to start, so let’s hope it goes well.

“Barry (Geraghty) has come over and ridden him once and he was delighted with him. I’ve been very happy with him and he has had four or five good schooling sessions.

“It is a lovely, big, galloping track and the trip should be fine and he won’t mind the soft ground.”

Yanworth will be expected to go and forge a position as one of the leading novice chasers in Britain this season and is currently 11/1 to win the RSA Chase at the Cheltenham Festival in March over three miles.

He can be backed at 9/1 meanwhile to land the JLT Novices’ Chase over two and a half miles in the Cotswolds.