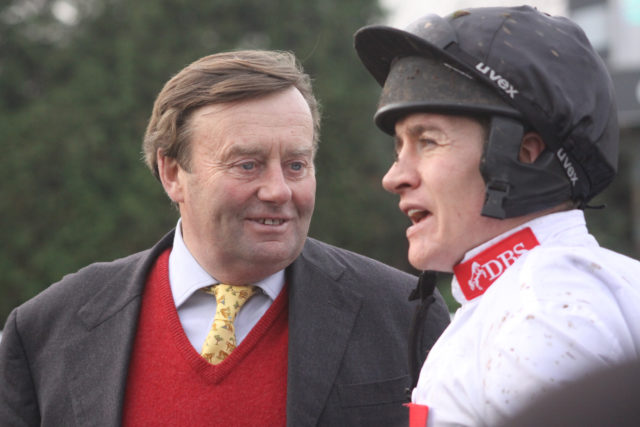 The Lanzarote Hurdle at Kempton is the feature contest on a good Saturday afternoon of racing and an improving five-year-old is fancied to continue his progress.

There were signs of encouragement in Erick Le Rouge’s runs last season as a novice, despite the ultimate return of 0-4. It has been a different story this season however and he comes here having won all three starts so far.

A winner on his return at Bangor, he then scored by a wide margin at Warwick in November and proved that was no fluke when he defied a 10lb ratings-hike to win a good handicap over this Kempton C&D on Boxing Day.

He did just enough in front then and might even have been saving a little something for himself. Another 5lb was added by the assessor for that ½L success but he seems capable of further improvement still.

Majlis, Non So and Saphir Du Rheu since the turn of the century have won the Lanzarote Hurdle as a five-year-olds and Erick Le Rouge can emulate them now in what might be the biggest afternoon of Chester Williams’ riding career so far.

This Listed Chase over 2m4½f at Kempton appears to be between the top two on the racecard, Charbel and Top Notch.

The admirable Black Corton may find this trip a bit sharp under Bryony Frost and is bypassed for that reason.

Nicky Henderson’s Top Notch has a fine strike rate over fences (7-11) and should be spot on for this after a pipe-opener last month at Ascot in a Grade 1 hurdles contest (third). He’s much respected but might give best to Charbel.

The Peterborough Chase winner jumped well under positive tactics at Huntingdon and, while that win was good, his previous second to Politologue at Ascot also marked him out as one to be with.

His aggressive style might just pay dividends here and help him turn over Top Notch.

Inglis Drever, The New One and Willoughby Court are all past winners of the Leamington Novices’ Hurdle and the race tends to produce a decent sort. Mr Whipper gave Nicky Henderson his first winner of this race 12 months ago and the Master of Seven Barrows can double the tally with Birchdale.

He was well supported in the McManus hoops last time when scoring over this C&D, quickening away nicely off a slow pace to beat a pair of next-time-out winners in second and third places.