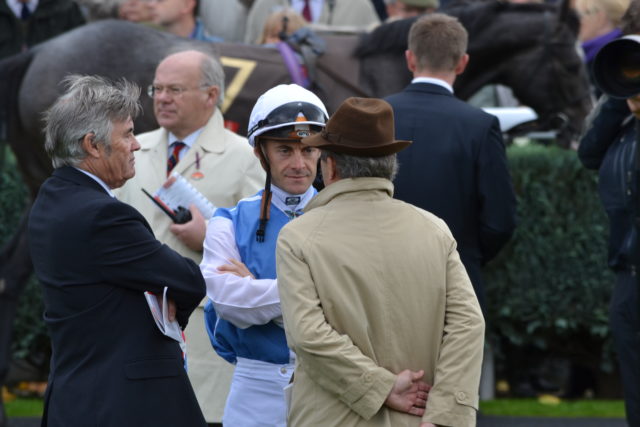 Legendary French trainer Andre Fabre comes to Ascot on Saturday with Waldgeist and they can kick-start a big race double for punters at the Berkshire track.

There are a pair of Group 3 contests on the card and the market leaders in both appear to hold outstanding claims.

Waldgeist, a colt by Galileo, hasn’t been spotted since an excellent third behind Capri and Cracksman in the Irish Derby at the Curragh in June. That form looks well above average on the basis of what the front two have achieved since.

Waldgeist (4/5 favourite) is fancied to take plenty beating in the Cumberland Lodge Stakes (14:25) over a mile and a half.

As a three-year-old he gets weight from all bar one of his rivals in this contest but, in all probability, he would be hard to oppose even without that concession.

A winner in two of his three juvenile starts, Waldgeist boasts by some distance the best form on offer coming into this Ascot race, having run a good second to Brametot in the French Derby before his excellent Classic placed effort in Ireland.

Fabre will have him spot on for this return to action and he should be rewarded with a further boost to what is already a 20% strike rate in raids to Ascot down the years, often in more competitive scenarios than this.

Next up for jolly backers will be the Godolphin-owned Blue Point in the John Guest Bengough Stakes (15:00) over six-furlongs.

Charlie Appleby’s charge took the scalp of none other than Harry Angel early on this season before running an excellent second in the Commonwealth Cup at Royal Ascot.

He came back from a midseason break with a very fair effort in Sprint Cup at Haydock last month, proving no match for the vastly improved Harry Angel in ground that was much softer than ideal.

Assuming the ground holds good, good-to-soft at Ascot, Blue Point (5/4 favourite) can get back to winning ways by taking full advantage of this significant drop in class, with the Appleby team in super recent form (9-24) to further boost confidence in William Buick’s mount.

The Ascot double will reward punters at odds of just over 3/1 at current prices if successful.