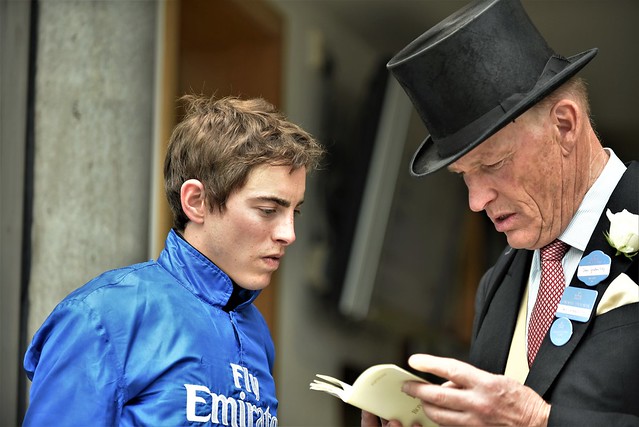 The Irish 2,000 Guineas is centre-stage at the Curragh on Saturday, the Co Kildare track now fully up and running after extensive redevelopments.

The first Classic of the term in the Emerald Isle is a fitting contest to launch the new Curragh.

In truth, this race often slips under the radar of its Newmarket precursor but not this year, with the clash of Too Darn Hot and Magna Grecia capturing the imagination.

John Gosden’s champion two-year-old missed the Guineas at Newmarket and subsequently lost his unbeaten record in York’s Dante Stakes, seemingly with his speedy finish blunted over 1m2f. He drops back to a mile now and while nine days is a quick turnaround, his master-trainer’s judgement can be trusted and a big run is expected.

Magna Grecia came home best at Newmarket under Donnacha O’Brien but there’s no mistaking he gained plenty advantage coming up the stand side, with the Rowley Mile’s track bias playing a hand. Can he repeat the dose on what is certainly a fairer circuit in his homeland?

The one for each-way money might well be Skardu (8/1) after the William Haggas colt led home the centre group last time at Newmarket. That was his first defeat and he’s entitled to be none-the-wiser having held off the horses he raced alongside. He might well close that gap right down and is decent value against the heavyweights.

Haydock has got a star clash of its own in the Group 2 Temple Stakes as Battaash (first), Kachy (second) and Mabs Cross (fourth) re-engage 12 months on from a thrilling finish to this sprint.

Tom Dascombe’s Kachy was the meat in the sandwich then but didn’t match that form subsequently, ensuring his re-opposing are favoured now. Mabs Cross has beaten Battaash twice since, in the Nunthorpe and when landing the Abbaye in France. That Group 1 win means she’ll have to concede 2lb now to her rival. She will, as always, be looking to arrive late on the scene and the weight-concession might just see her thwarted again on Merseyside by Charlie Hills’ speedball.

There’s also a strong card at Goodwood on Saturday and C&D specialist Mirage Dancer will take plenty beating in the Listed Tapster Stakes, a contest the son of Frankel won last year with something in hand. He went on to secure a Group 3 victory at the Glorious Festival last summer and so now protects a 2-2 record over C&D. With trainer Sir Michael Stoute’s horses in scintillating recent form, he is very much the one to beat in a five-runner heat.