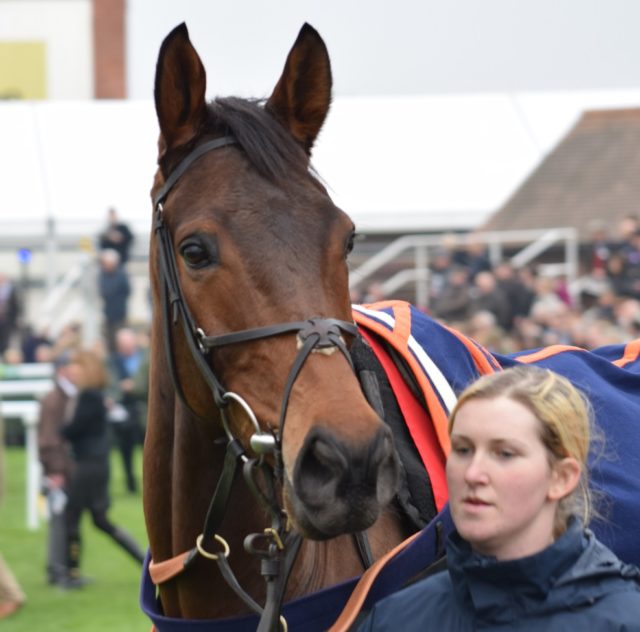 Coneygree has endured a deeply frustrating time of it since he won the 2015 Cheltenham Gold Cup in stunning fashion with an awesome front-running display.

In doing so he came the first novice winner of the Blue Ribband in more than 40 years but he has managed to make it back to the track just three times since, a series of niggling problems keeping him well and truly on the down low.

Sara Bradstock, assistant trainer to husband Mark, has routinely kept the racing world up to date on his progress, with a healthy amount up updates and a real willingness to talk about his well-being.

There have, however, been a few false dawns and perhaps over-eager moments in the desire to get him back as she waxed lyrical on his progress. Now aged 10, Coneygree has run just 13 times in his career thus far. He is, as they say, low mileage.

For that reason there’s hope he can yet scale the heights again and he may start by landing Saturday’s Charlie Hall Chase (15:15) at Wetherby, for which he is the 15/8 favourite.

He is fancied to so after a real barnstorming run to end last season in the Gold Cup at Punchestown, where he pushed Cheltenham hero Sizing John and Djakadam to their absolute limits.

That was in stark contrast to his only other run last term where he failed to match Cue Card in the Betfair Chase at Haydock.

Admirable as he has been, Cue Card’s defeat by Tea For Two at Aintree in the spring raised a concern that maybe his stellar career is starting to catch up on him – he’s a year old but has run 37 times compared to Coneygree’s 13.

Coneygree’s supporters will be hoping the time for talking is over now and that this powerful performer can make his own statement of intent where it matters most, on the track.

Earlier on the card at the Yorkshire track, La Bague Au Roi is expected to justify 6/5 favouritism in the Listed olbg.com Mares’ Hurdle (14:05), Warren Greatrex’s charge having won over C&D on the same card a year ago and with the promise of going well fresh in her favour.

Nigel Twiston Davies may also get some joy from Wholestone in the Grade 2 Stayers Hurdle at 14:40.

He ran a stormer on his reappearance at Chepstow over a trip much shorter than ideal and can improve on that over this three-mile journey to give the Naunton handler something to smile about.

There is also a mouthwatering prospect in Ireland as Down Royal stage their biggest contest of the year, the JNWine.com Champion Chase. The Grade One has been claimed in the past by future Gold Cup heroes such as the mighty Kauto Star and Don Cossack.

Our Duke‘s stunning Irish Grand National victory capped a strong novice campaign last term and the seven-year-old apparently has the world at his feet. He can state his credentials for a big season ahead by justifying 4/5 favouritism in the Champion Chase for trainer Jessica Harrington.