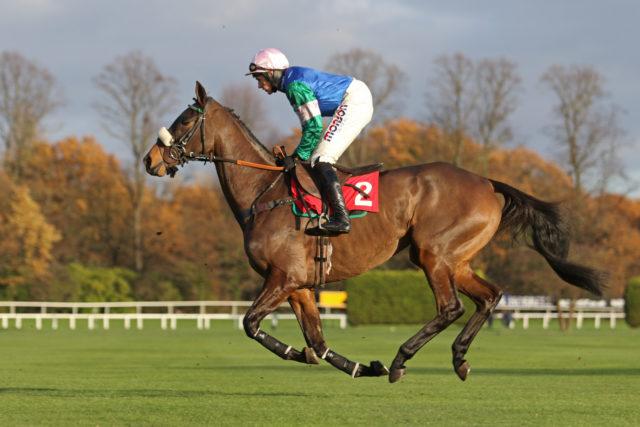 In-form brothers Dan and Harry Skelton are fancied for a big effort on Saturday at Cheltenham with Ch’Tibello in the International Hurdle (15:05).

The duo are enjoying a fine season over the jumps, with rider Harry now joining his brother in bursting through the century of winners mark.

Dan trails only former boss Paul Nicholls in the latest trainers’ championship standings while Harry is behind only champion jockey Richard Johnson in their race.

Talk of titles may ultimately be premature this season but it won’t be any surprise if the Skeltons form a Championship-winning double act in the future. The pair have developed into a formidable and reliable alliance, with trust a key issue in their success.

On Saturday, Ch’Tibello bids for glory in the Grade 2 International Hurdle at Cheltenham and he looks up to outrunning odds of 15/2.

Last spotted finishing one-length behind Yanworth in the Kingwell Hurdle at Wincanton in February. Ch’Tibello was ruled out of the Champion Hurdle on the morning of the race in March with a pus in his foot.

The six-year-old returns here and there could be plenty more to come from him this season. Proven in testing ground, he should get conditions to suit and, with Dan Skelton’s horses operating a 29% strike rate lately, is fancied to go very close.

Veterans The New One and My Tent Or Yours must be respected but this could be the day a changing of the guard is called for, with more fear coming from young pretender Melon for Willie Mullins.

He must prove himself in open company but did find only Labaik too strong here in the Supreme Novices’ in March and shouldn’t be underestimated at odds of around 2/1. At the prices however, Ch’Tibello appeals slightly more.

Dan Skelton learned his trade from Nicholls and the former champion trainer has standout claims in the Caspian Caviar Gold Cup (13:55) with Clan Des Obeaux.

Nicholls has farmed this race recently, with four winners in eight years coming from his Ditcheat base. Clan Des Obeaux pushed subsequent Ladbrokes Trophy runner-up Whisper all the way on his reappearance at Kempton and has since won a graduation chase at Newbury in good style.

A strong travelling sort who jumps for fun, this is a natural progression for him and he can defy top-weight under Harry Cobden.

In the Junior Jumpers Handicap Chase (13:20), Gino Trail should give punters a run for their money at 7/2. He won a decent contest at Wetherby last time out and will be dangerous if left to his own devices on the front end.

Over at Doncaster meanwhile, champion trainer Nicky Henderson can take the Novices’ Hurdle (12:30) with French import Countister in the JP McManus silks.

He made a nice start to his career at Seven Barrows when following home a well-backed favourite at Newbury recently and looks to have been found an excellent chance to open his account on Town Moor. Nico de Boinville is on board and they can oblige at odds of 2/1.