There is a fantastic day of racing on Cheltenham Gold Cup day and we look at the runners and rider for the feature races on the card.

Sir Erec was high class on the Flat when trained by the master, Aidan O’Brien, and he’s made an impression since he’s been in the care of his son Joseph O’Brien in two starts over hurdles.

His most recent win was a wide-margin success at Leopardstown in Grade 1 company and there’s every chance there’s more to come from him in this sphere.

He was a Group class horse on the level and brings the best hurdles form into the race. Adept on slow ground, he shouldn’t mind conditions.

Lizzie Kelly enjoyed a great day on Thursday when winning on Siruh Du Lac and has solid claims of adding to her Festival tally with Monsieur Lecoq.

The five-year-old won on his first two starts for this yard and produced a huge run on the back of a mid-season absence when runner-up at Sandown in Grade 3 company last time out.

He was out of the handicap that day, with his jockey weighing in 1lb overweight, so he’s effectively 3lb better off at the weights here. He’s due to go up 6lb when the handicapper has his say and is another contender ready to run a big race on Friday.

Native River is a fascinating contender in his bid for back-to-back Gold Cups, but with the yard form an obvious concern it might be worth taking a chance on Might Bite.

Last year’s runner-up has not been at his best in two starts this year, but he’s been given a break since his most recent one and may also benefit from a recent wind operation.

The yard are flying, with winners here already this week, including Altior, and Might Bite is said to be in excellent form.

There must be doubts over Presenting Percy, having not had a run over fences this year, but the Willie Mullins quartet are to be feared. They will be bidding to give Mullins his first win in the race and Al Boum Photo looks like his most interesting contender.

At just seven years of age, he could be a fascinating runner and was impressive when winning on his return at Tramore. 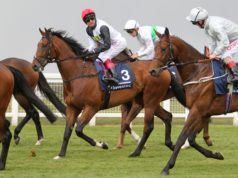 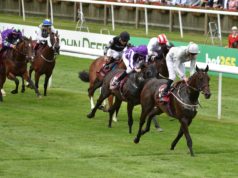