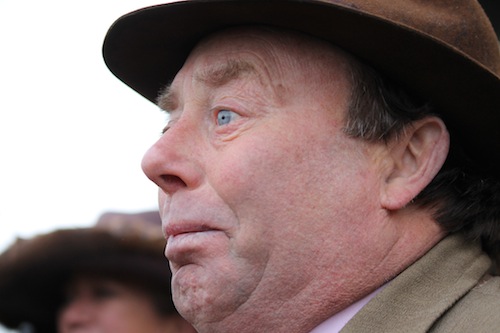 Day two at Cheltenham and the punters are crying out for help after a near luckless stand on Tuesday. Can the likes of Altior and Tiger Roll strike back for the favourite-backers on a windy day in the Cotswolds?

Nicky Henderson’s charge faces a strong Irish challenge in the opener, with the likes of Battleoverdoyen and Sam’s Profile much-respected and Easy Game feared given the record of the Mullins/Walsh axis in this race (four recent wins).

Champ could be a bit special and he has got experience on his side having won 4-4 since going down a neck to Vinndication on hurdling debut last year.

Henderson had plenty options for this contest and he elected to go single-barrel with Champ, who can repay the faith.

There is little to choose between the likes of Delta Work, Santini and Topofthegame at the front of the market but, behind that, this is not the strongest looking RSA Chase.

Rebecca Curtis did not have a Festival runner in 2018 but before that the Welsh handler had sent out winners four years on the spin in this ultra-competitive environment previously.

She has talked up Drovers Lane as a proper three-miler and, after a wind operation, this course winner is a fair each-way player.

The Coral Cup might just be the most difficult race of the week to assess, and it certainly needs plenty in-running luck.

Joke Dancer was back from 11 months off at Newcastle on his first start after a wind op and Sue Smith’s charge registered a career-best to win.

He has inched up 5lb and that was enough to get in here off bottom weight. He has stamina for further, often an asset in this race, and is proven on soft/heavy going. He may well outrun his price.

It is near enough impossible to see how Altior does not retain his Champion Chase crown.

He has a perfect record over jumps and is now closing in on Big Buck’s record sequence of wins.

He is every inch a superstar. Having had seven-lengths to spare on Min in this last year, there is no reason to predict a turnaround but Willie Mullins’ recent Grade 1 winner does look the clear next best and should again be second-best to the Seven Barrows colossus.

Festival folklore will forever recall the redoubtable Tiger Roll. Small in stature but mega on desire, he has won here three times at trips ranging from two-miles to four-miles and over hurdles, fences and the array of obstacles that the Cross Country throws up.

Winner of this last year en route to Grand National glory at Aintree, he warmed up last month by pocketing a Grade 2 hurdles race in Ireland when he was not quite fit (according to Gordon Elliott). This race is his to lose again.

Alan King’s runner was a winner second time up over hurdles at Market Rasen before finishing a fair third in the Grade 2 Adonis Hurdle at Kempton last month behind the highly-promising Fusil Raffles.

A mark of 129 is very appealing for a potential Fred Winters winner and his Barbury Castle handler always appears to know the time of day with juvenile hurdlers. There should be a big run in him.
Champion Bumper (5.30) – Envoi Allen @ 10/3

The top-rated horse in the Champion Bumper has come home in front six times in 16 renewals recently and, in the smallest field for many a year, Gordon Elliott’s charge can add to that trend.

He has got plenty experience and that will stand to him now. Jamie Codd showed what an asset he is on Tuesday with Festival win number seven and with a strong pace to suit here, the very promising Envoi Allen can take the finale.