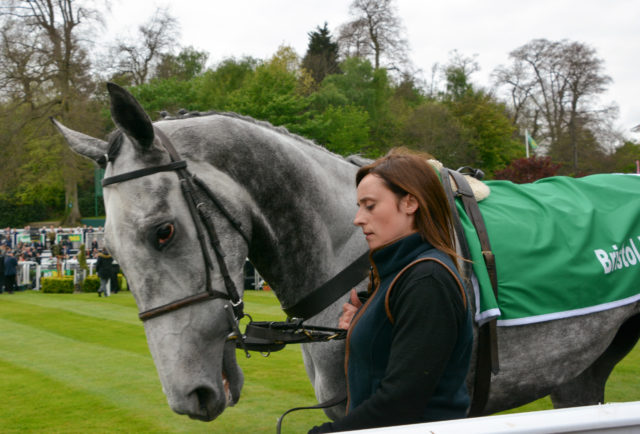 Connections of record-breaking Betfair Chase winner Bristol De Mai admit there will be those willing to query for the validity of his wide-margin success until he proves himself again.

Bristol De Mai’s victory set a new benchmark for the largest winning margin achieved in a British Grade 1 race, eclipsing the performance of Apple’s Jade in the Anniversary 4yo Hurdle at Aintree in the spring of 2016.

It was the second time this year that Bristol De Mai had recorded a wide margin win around Haydock on very testing ground, after he also won the Peter Marsh Chase at the Merseyside track in January.

Having emerged well from his Haydock exploits, he’ll be targeted at the King George VI Chase at Kempton on Boxing Day, a race he is 5/1 to win, where Bristol De Mai will have his first chance to silence the nay-sayers.

“If the horse is in good form and sound then he’ll go for the King George,” said Anthony Bromley, racing manager for owners Simon Munir and Isaac Souede.

“Plenty of people will have an opinion about it, but we feel the horse is stronger and moving better this season and Nigel doesn’t feel the ground is a major factor.

“He obviously handles heavy ground well, but it’s now up to him to prove he can do it on better ground away from Haydock.”

Last year’s King George hero Thistlecrack is 7/2 to win once more on Boxing Day, with trainer Colin Tizzard confirmed his planned comeback over hurdles this weekend at Newbury.

Cheltenham Gold Cup hero Sizing John skipped Haydock on Saturday on account of the very heavy going and Jessica Harrington’s charge can be backed at 6/1 to prevail at Kempton on December 26.