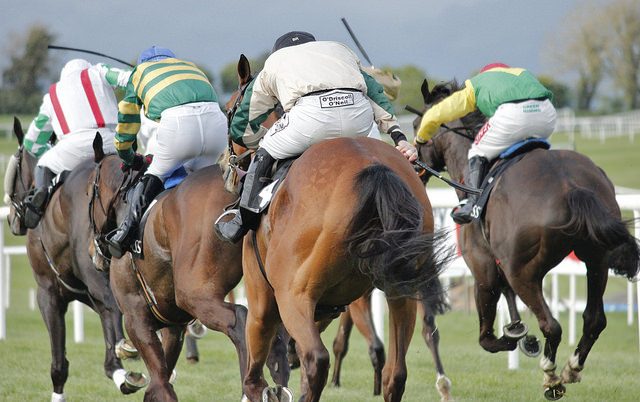 There aren’t many of the world’s biggest races missing off Aidan O’Brien’s impressive CV but the Kentucky Derby remains one box unchecked.

On Saturday at Churchill Downs the Ballydoyle supremo will launch his latest challenge in the ‘Run for the Roses’ as his Mendelssohn bids to become the first European-trained winner of the Kentucky Derby in the 144th running of the mile-and-a-quarter dirt contest.

Reading between the lines, O’Brien may have his best chance here with 4/1 chance Mendelssohn.

Ryan Moore is travelling for the mount in Kentucky instead of riding in the Qipco 2,000 Guineas at Newmarket on the same day. O’Brien saddles the favourite Gustav Klimt in the first British Classic of the season on the Rowley Mile.

Mendelssohn, a son of American sire Scat Daddy was a brilliant winner of the UAE Derby at Meydan in March, when he careered away from his rivals to win by a fantastic 18-lengths.

That race was on dirt, so he’ll handle the surface, while he has also showcased his talents in the United States when taking the Breeders’ Cup Juvenile Turf in November.

American riders are routinely said to hold the advantage in dirt races but Moore is the equaliser here such are his unquestionable talents in the saddle. This looks like a plot that might just end with Kentucky Derby glory for the O’Brien / Moore axis.

The home brigade are certain to do everything they can to halt the Ballydoyle team.

Trainer Bob Baffert, a four-time Kentucky Derby winner who won the Triple Crown in 2015 with American Pharoah, is back with two chances, Solomini and Justify. The latter currently trades alongside Mendelssohn as the 4/1 joint-favourite for the race.

The big-race trends are not in his favour however. Justify has won three times in 2018, but didn’t race as a two-year-old. It has been 135 years since a horse won the Kentucky Derby without racing as a juvenile. Saturday’s race will also be the first time Justify has raced away from Santa Anita.

Audible, winner of the Florida Derby at Gulfstream Park, is available at 5/1 for Saturday’s race but will have his stamina to prove having never yet raced over the Derby trip. He is blessed with raw speed but will he cope if the likes of Mendelssohn are pouring it on from a distance out.

The danger horse from the American contenders could be Bolt d’Oro, available at 10/1 for the Kentucky Derby.

He ticks plenty boxes and should have no issues with the trip on Saturday. He won last year’s Front Runner Stakes, a contest won by two out of the past three Kentucky Derby winners, American Pharoah and Nyquist.

Trained by Mick Ruis, Bolt d’Oro was beaten by Justify at Santa Anita in his prep race but it could be a different story this time.

He ranks a big danger, though this looks like the perfect chance for O’Brien and Moore to strike with Mendelssohn.