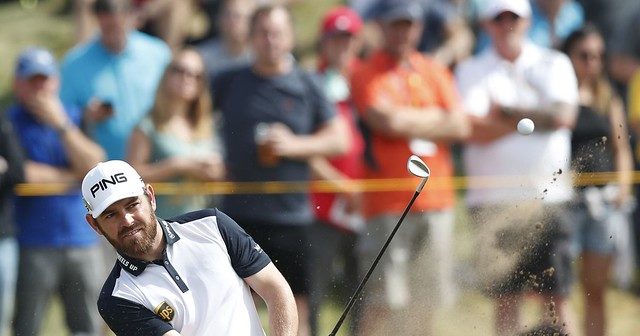 The second major championship of the season is upon us much quicker this year as the USPGA Championship gets accustomed to its new home in May.

Bethpage Black is the host course in the state of New York. The fans will be raucous and the test severe on a golf course that carries a warning to amateurs wishing to try their luck.

With a wet spring it is going to be a daunting challenge and the advantage is seemingly with the long hitters. None better then than the defending champion, Brooks Koepka, but also a South African with proven credentials on the grand stage.

The former Open champion doesn’t win often enough on the PGA Tour for anyone’s liking but he’s got eight runner-up finishes, including in the 2017 renewal of this event. Oosthuizen was right in the mix last month at Augusta in the Masters, only to fade on the Sunday amid the Tiger Woods charge.

A big whack off the tee is going to be needed and he just makes the grade (average 298.4 yards this season). He also has course form, with a top-20 in the 2016 Northern Trust Open at this tricky venue. He’s the sort of player that will relish this exacting test and is amongst the more likely at generous odds in the midst of a consistent season so far.

The defending champion at the next pair of majors, Koepka is now the go-to man for these events. Once again last month at the Masters he was right in the mix on Sunday afternoon come the back-nine and the American powerhouse hasn’t been shy in his assertion that majors are “easier to win” than regular PGA Tour events in the run-up to Bethpage.

Koepka has everything required for this week. His monster hitting from the tee is allied to a strong mental attitude that suggests he’ll deal with the inevitable setbacks. Moreover, he led the field in distance of putts converted last week at Trinity Forest where he ended tied-fourth. If he gets anywhere near that in New York, he’s by some distance the most likely winner.

Completing the trio of hopefuls is the consistent and power-hitting American, Woodland. With six top-10 finishes on the Tour so far this season, he has already knocked on the door for victory. He’s twice finished second and possesses the raw power required to master Bethpage Black.

Woodland is inside the top 10 this season on Strokes Gained: Off the tee and also ranks well in tee-to-green stats. An average driving distance of 310 yards and near 66% accuracy sets him up well to challenge. Putting has been his letdown, but he’s more than capable when he hits a good week.