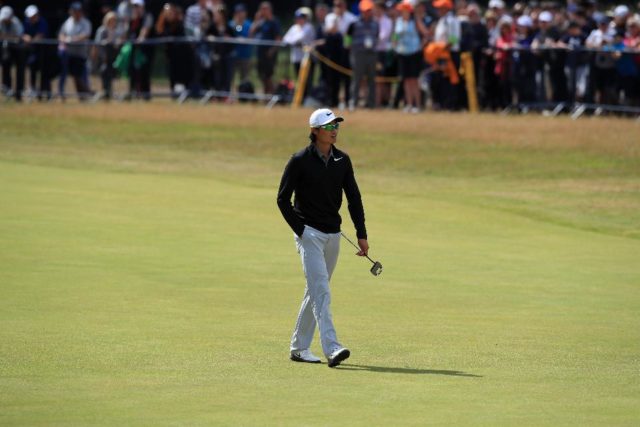 The conclusion of the 2018 European Tour season will take place at the Jumeirah Golf Course this week with just two men battling it out for the Race To Dubai title.

Great friends and Ryder Cup partners Francesco Molinari and Tommy Fleetwood are the only contenders for the big prize, but the battle for the DP World Tour Championship title could be even more intriguing.

Chinese star Haotong Li is fast becoming one of the most consistent players on tour and his recent form suggests this week could bring him his third European title.

The 23-year-old has recorded top-12 finishes in each of his last five tournaments – including a second-place finish in Turkey two weeks ago followed by a share of fifth at the Nedbank Challenge.

Li’s only other win on tour this year also came in the Middle East, with victory in the Dubai Desert Classic in January. Couple all that together with a top-15 finish in this event last year and 17/1 looks a tempting price for him to secure top spot this week.

After finishing in a tie for second in 2017, Shane Lowry will be confident of being there or thereabouts again this year.

The Irishman has not won a tournament since 2015 but has shown signs in recent weeks that his form is returning.

Lowry finished second at the Andalucia Masters last month, before finishing joint-14th in Turkey and would have surely challenged in South Africa but for a frustrating weekend.

The man from County Offaly is out at 9:25am on day one and will hope to take advantage of the early conditions to post a decent opening round.

New Zealander Ryan Fox has enjoyed his best season on the European Tour to date and although still waiting for his first win, he has four top-10 finishes to his name.

Fox is in a three-way battle to be the top Australasian golfer this week and his experience of playing the Jumeirah Course last year should give him the edge over Lucas Herbert and Wade Ormsby.