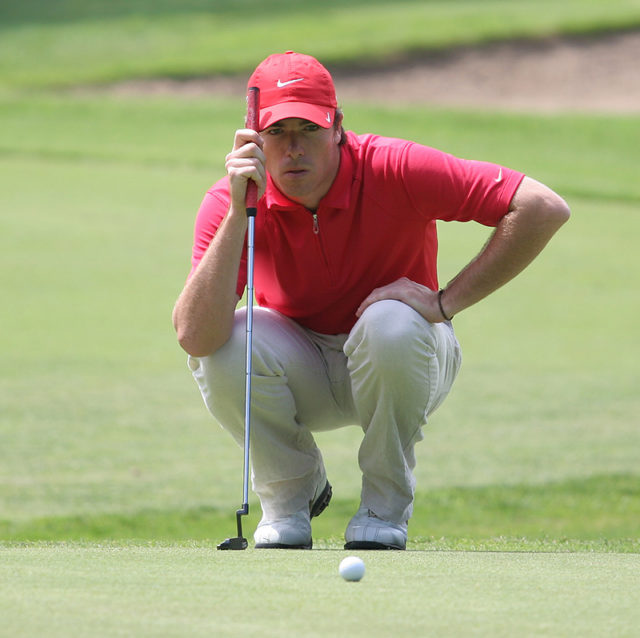 Action heads to Hamburg this week for the Porsche European Open and Julien Guerrier looks to provide great value in a field that is missing many of the big guns following the Open Championship.

With many of the world’s best players deciding to skip the tournament in Germany or opt for the Canadian Open on the PGA Tour, there is a real chance for an outside shot to come through and triumph.

Frenchman Guerrier is yet to win on the European Tour but has triumphed on the Challenge Tour twice – both victories coming last year – and his form in 2018 has been promising.

He finished third at the NBO Oman Open, tied-ninth at the Open de Espana before ending up sixth at the Rocco Forte Sicilian Open.

With Green Eagles Golf Courses boasting five par-5s, it will be crucial the players take advantage of the birdie opportunities and Guerrier currently sits 40th on the European Tour’s par-five scoring.

Bear in mind the majority of the players ahead of him in the standings are not playing and he looks a decent bet.

The 33-year-old also sits 32nd in driving distance, averaging just over 306 yards, whilst he is ninth on strokes gained off the tee, an area that could prove crucial over the course of the four days.

An interesting match bet for the tournament that caught the eye was Otaegui vs DeChambeau. The Spaniard has already won on tour this year at the Belgian Knockout and has recorded four more top-15 finishes on top of that triumph.

DeChambeau has also been in good form, having won The Memorial Tournament, but there is a question over his fitness going into this week’s event after he withdrew from the John Deere Classic recently.

The American did manage to play at The Open last week but he could only finish in a tie for 51st at Carnoustie.

With Otaegui playing arguably the best golf of his career, he looks much better value at 31/20 than DeChambeau does at 4/9 to win the tournament game bet.