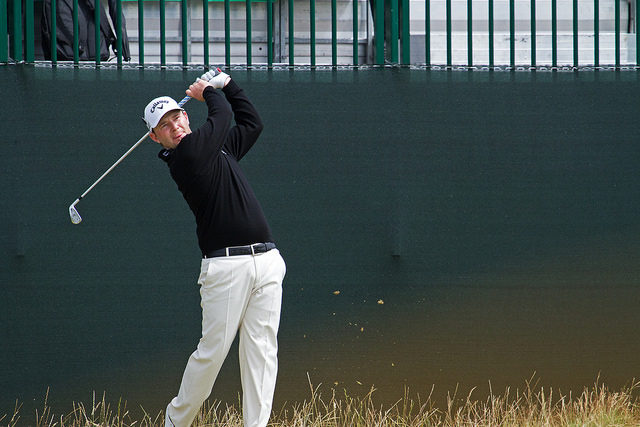 Golf’s second Major comes up this week at Shinnecock Hills as the US Open looks to bite back after last year’s joint record low score from Brooks Koepka.

In taking the victory at Erin Hills, Koepka was contributing to a run that now stands at five wins in six Majors for American golfers since Jimmy Walker won the 2016 US PGA Championship.

The United States has provided the last three US Open winners, Koepka following the successes of Jordan Spieth and Dustin Johnson at their home Open.

Can the American charge be stopped?

If we are going to follow that trend and stick with American dominance then Justin Thomas, deposed as world number one by Johnson’s Fed-Ex St Jude Classic win on Sunday, looks the man to follow.

Thomas hits the ball a long way and the early vibes from those turning up at Shinnecock this week have suggested length will be an important tool.

At 25, the Louisville-native has an impressive eight PGA Tour wins on his CV and his win-ratio is amongst the best in the business. He has trended upwards in each of his three US Open starts, earning his first top-ten finish last year. If his putter complies, he should go well and he’s arguably better value at the prices than 8/1 favourite Johnson.

If the American dominance is going to be broken, Branden Grace is a good place to start for punters. The South African has repeatedly threatened in Majors and appears to have all the tools for a tilt at this prize.

He went close in this event at Chambers Bay in 2016 and has also been in the top-six at four other Majors. His win in last year’s Nedbank Golf Challenge was a big moment as his desire to land ‘Africa’s Major’ was never hidden.

If conditions come up as predicted – fast and firm – Grace is a go-to man for this sort of golf and will surely get himself on the leaderboard.

He also shot that record-breaking 62 at Royal Birkdale in The Open last summer. Now 30, Grace is building a rock-solid profile and has gained vital experience in the last three-to-four years. It will be a surprise if he doesn’t bag himself one of golf’s biggest events before he’s done and, arguably, the US Open is his best chance.

The American challenge is going to be strong. Rickie Fowler at 18/1 is entitled to be there or thereabouts while it would be churlish to write off the old stagers, Phil Mickelson and Tiger Woods, as both have shaped up well this spring.

Johnson couldn’t be coming into this event in better shape after his win and Thomas’ conversion rate ensures he’s feared. That said, six years on from Ernie Els’ Open win, it might be time for another South African golfer to ‘Grace’ the biggest stage of all.